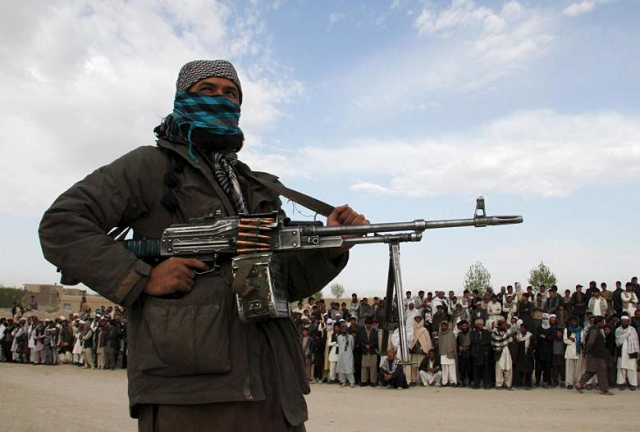 ISLAMABAD: Maintaining long-term military bases and firm guarantees of the Afghan soil not being used again to stage attacks in the West and other countries have emerged as the two major demands by the US in the ongoing negotiations with the Afghan Taliban, said officials on Sunday.

In return, the US along with its western as well as Arab allies would provide substantial financial assistance for the reconstruction and rehabilitation of Afghanistan in the post-peace deal.

Although the Taliban have repeatedly demanded complete withdrawal of the US forces from Afghanistan, they showed an inclination to discuss the suggestion of the US maintaining certain bases in the recent negotiations held in the United Arab Emirates (UAE).

Talks in Abu Dhabi were brokered by Pakistan after President Donald Trump wrote a letter to Prime Minister Imran Khan, seeking Islamabad’s help in reaching out to the Taliban.

The latest push for seeking a political solution to the 17-year-long war has brought back Saudi Arabia and the UAE at the centre stage in the Afghan peace process.

The US, through the greater involvement of these countries, wants to put pressure on the Taliban to accept its main demands.

And since then, Saudi Arabia and the UAE have been trying to convince the Taliban to accept the US demand in return for a major share in the Afghan government and other incentives.

One senior official, who is privy to the negotiations, told The Express Tribune that Washington wants to maintain ‘permanent bases’ in Afghanistan.

“And that’s been the sticking point in the ongoing talks,” added the official, who requested anonymity since he was not authorised to the media on the subject.

The official said, according to the US, those bases would have no role in the Afghan security but meant for maintaining presence for an overall regional stability.

The Taliban were told that the ‘minimal presence of the US forces’ would allow continued US financial and other support to Afghanistan for the reconstruction efforts.

The other objective includes maintaining close contact with the future Afghan governments in order to ensure that the country does not become a safe haven for any terrorist organisations.

Pakistan is not averse to the US’ demand but wants a ‘regional consensus’ on it since permanent presence of the US military in Afghanistan would certainly raise eyebrows in Russia, Iran and even China.

These countries fear that the US may use the Afghan soil to advance its own strategic designs in the region.

And that was the reason Pakistan wanted to evolve a regional consensus on the possible Afghan peace deal, said the official.

Soon After the talks in the UAE, Foreign Minister Shah Mehmood Qureshi dashed to Iran, Russia and China in a bid to take them into confidence about the latest push for seeking peace deal in the war-torn country.

It is; however, not clear that whether these countries are willing to accept the permanent US military bases in Afghanistan.