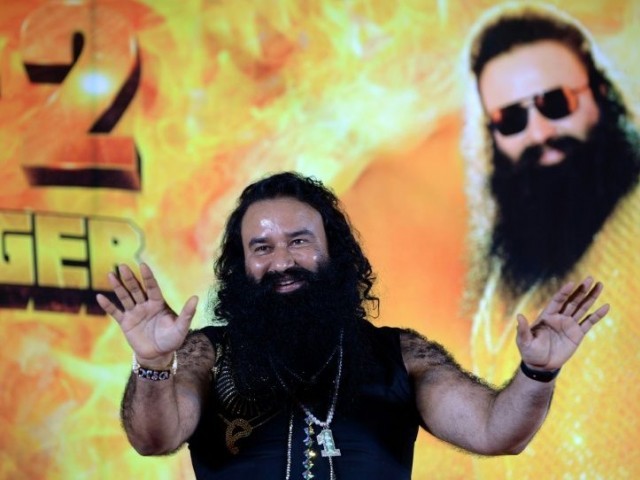 Gurmeet Ram Rahim Singh (pictured in 2015), who is already serving a 20-year sentence for rape, is also on trial for castrating 400 of his followers. PHOTO: AFP

NEW DEHLI: An Indian court Friday convicted a disgraced but still-powerful religious sect leader of murdering a journalist after he exposed rampant sexual abuses by the guru.

The court on Friday found 51-year-old Singh and three of his close aides guilty of killing local newspaper journalist Ram Chander Chhatrapati in 2002.

Chhatrapati was shot outside his house after his local newspaper published an anonymous letter describing rampant sexual abuse by Singh at his sprawling and luxurious sect headquarters.

Public prosecutor H P S  Verma said sentencing would be pronounced on Thursday. The maximum sentence is the death penalty.

When Singh was convicted in 2017 of raping two of his disciples, his followers went on the rampage leaving nearly 40 people dead.

To avoid a repeat, Friday’s court proceedings were conducted via video link from his jail cell in the northern state of Haryana.

Riot police patrolled outside the special court in the city of Panchkula.

Since 2015, Singh has also been on trial for castrating 400 of his followers, who alleged that they were promised spiritual gains.

His Dera defended the sterilisation claiming it was done to “safeguard female followers from possible sexual advances”.

Singh is also accused in the murder of his former manager after he threatened to expose his wrongdoings.

First ‘Hindu’ US congresswoman says she will run for president