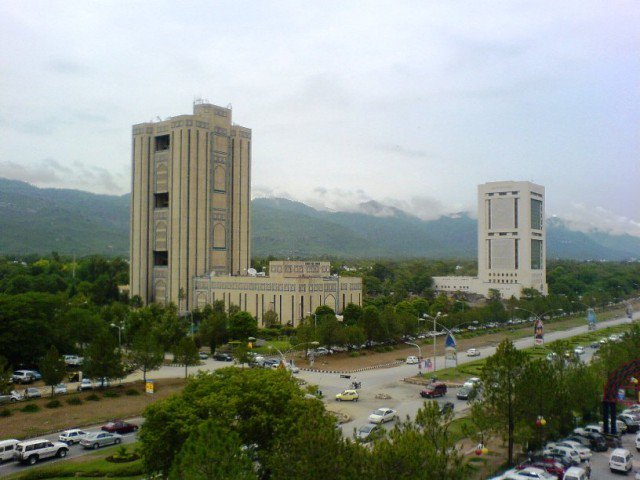 ISLAMABAD: The top court on Thursday cancelled an agreement between the civic agency of the federal capital and overseas Pakistanis in which the former was supposed to provide the latter with land for the construction of a technological university in the city.

The court further directed the civic agency to return the $29 million it had taken from overseas Pakistanis.

A three-member bench of the Supreme Court (SC), led by Chief Justice of Pakistan (CJP) Mian Saqib Nisar, heard a case filed by Overseas Pakistanis over establishing a technology university in Islamabad.

During Thursday’s hearing, the CJP remarked that a lot of things done by the Capital Development Authority (CDA) were according to Article 184/3.

The court noted that the Overseas Pakistanis had fulfilled all the terms applicable to them in the contract. The CDA, on the other hand, did not abide by all the conditions listed in the contract.

CJP Nisar observed that the Overseas Pakistanis were demanding a refund because the land they had paid for has not been allotted.

To this, the defence counsel said that the CDA cannot decide to refund the money on its own. For this, it will have to consult the finance ministry on the issue.

Noting that it was an issue of basic rights and a matter of public interest, the CJP stated that the CDA refund the money.

We are annulling the CDA’s contract with Oversea Pakistanis, CJP Nisar said.

The CDA’s counsel tried to argue that the apex court could not do so, to which the CJP asked about the rationale for their argument.

We do not understand this logic of the CDA, CJP Nisar remarked, adding that the contract was illegal which is why it is being cancelled.

While referring to Wednesday’s hearing the One Constitution Avenue case, CJP Nisar remarked that CDA officers had themselves admitted that some of their colleagues were involved in irregularities but the body was now objecting to the prerogative of the court.

Noting that this and other cases had unmasked the modus operandi of the civic agency, the CJP remarked that the CDA wanted Overseas Pakistanis to stand in a queue.

We declare it void, ask the CDA to refund the money received from overseas Pakistanis, advising the CDA to pay the money in US dollars.

Last week, the SC had given the CDA two days to sort out the matter.

In a separate case regarding farmhouses in Chak Shahzad, the top court asked the CDA to provide suggestions on minimizing damage caused when demolishing their courtyards.

A three-member bench of the SC heard a case on Chak Shahzad farmhouses.

During Thursday’s hearing, the CJP remarked that the court’s decision will result in an Rs1.8 billion windfall for the CDA. However, the CDA was objecting to paying $29 million to Overseas Pakistanis in another case.

CDA’s lawyer told the court that they had completed a survey of Chak Shahzad. He added that the court had allowed constructions of up to 12,500 square feet.

CJP Nisar said that the issue now was of courtyards. He added that per the survey report, demolishing some of the courtyards would damage the structure of the house and asked what suggestions did the CDA have to tackle this issue.

Justice Ijazul Ahsan asked whether the CDA had managed to clear the Korang Nullah.

The case was then adjourned indefinitely.