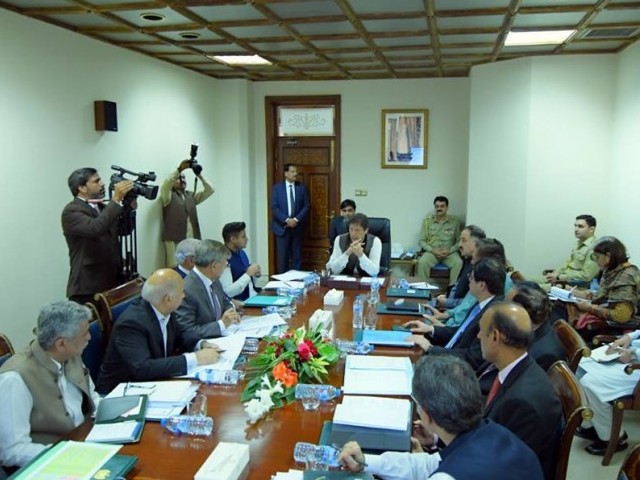 ISLAMABAD: The government on Friday abolished the mandatory requirement for overseas Pakistanis to obtain National Identity Card for Overseas Pakistanis (NICOP), one of the sources of revenue for the National Database and Registration Authority (NADRA). It also reduced biometric verification charges for the labourers going abroad.

Both the decisions were taken during a meeting chaired by Prime Minister Imran Khan in the wake of a briefing given to him by the Ministry of Overseas Pakistanis and Human Resource Development.

The government decided to undertake a couple of new initiatives to facilitate the overseas Pakistanis.

The PM announced that the government would soon unveil a special incentives package aimed at encouraging the overseas Pakistanis to transfer remittances through banking channels.

InshaAllah by removing these hindrances we will be able to increase remittance flows from $20 bn to at least $30bn & perhaps even $40 bn through banking channels. https://t.co/rDv8XuXgyS

The PM directed the Ministry of Finance, the Federal Board of Revenue (FBR), the State Bank of Pakistan (SBP) and NADRA to submit a workable plan for removing bottlenecks in the remittance transfer mechanism using e-solutions.

“Had an extensive meeting this morning on Overseas Pakistanis. We are going to announce a special package of incentives to encourage them to send remittances through banking channels by removing all hindrances and procedural issues. [The] Philippines did this successfully,” the PM tweeted after the meeting.

Our govt is also going to ensure protection for the Overseas Pakistanis' properties and land especially from land mafias. https://t.co/lSVA1RC3Rx

“… by removing these hindrances, we will be able to increase remittance flows from $20 billion to at least $30 billion and perhaps even $40 billion through banking channels,” he tweeted further.

The PTI government, said the PM, was fully aware of problems facing the overseas Pakistanis in sending remittances and retaining their legal properties in Pakistan. He added the government was trying to solve their problems expeditiously.

“Overseas Pakistanis are among national assets” and could play an important role in improving the country’s financial condition through remittances, said the PM.

The meeting also decided to reform civil and criminal laws, discouraging illegal occupation of properties owned by overseas Pakistanis. It also discussed the matter of establishing special courts in this regard.

Prime Minister Khan stated that labourers earning low wages were already burdened with harsh working conditions abroad, and it was the government’s responsibility to facilitate them and provide necessary facilities and incentives for them and their families in the country.

Various incentives, including tax exemptions on remittances and several social welfare schemes, were also discussed during the meeting.

The PM warned that strict action would be taken against those occupying properties owned by the overseas Pakistanis. Relevant directives would soon be issued to provincial governments and law-enforcement agencies in this regard, he added.

The meeting decided to establish connectivity between the Ministry of Overseas Pakistanis and Human Resource Development and NADRA to maintain records of the overseas Pakistanis, including the labourers.

Biometric verification charges for the labourers going abroad were reduced from Rs45 to Rs10 per verification.

The meeting also decided that the ‘family tree’ record of Pakistanis working abroad would be shared with the Ministry of Overseas Pakistanis and Human Resource Development, enabling it to provide them the benefits of health, education and accommodation.