In the afterm­ath of the Israel­i Defenc­e Forces’ barbar­ic attack on the aid convoy attemp­ting to break Israel’s...
By Ayesha Ijaz Khan
Published: June 5, 2010
Tweet Email 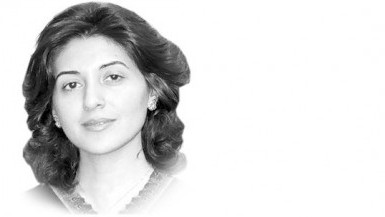 The writer is a lawyer and political commentator based in London. (ayesha.khan@tribune.com.pk)

In the aftermath of the Israeli Defence Forces’ barbaric attack on the aid convoy attempting to break Israel’s blockade of the Gaza Strip, Turkey has emerged as a hero and regional leader. It is important to study why Turkey has been able to play this leadership role. As a democracy, Turkey’s government is bound to reflect the aspirations of its people in stark contrast to Egypt which, although the largest Arab country, is a dictatorship and is left reprimanding its press for not being “patriotic” enough when it criticises the government’s role instead of standing up for fellow Arab Palestinians. Turkey’s support for the Palestinians, on the other hand, has made Egypt look bad and Turkey is poised to challenge its historic leadership position in the Muslim world.

But only being democratic is not sufficient. Turkey has other key ingredients to play an effective leadership role. Very importantly, it has a formidable army. It may be relevant to note that the Turkish army has often been criticised by Islamists for its alliance with Nato and defence pacts with Israel. Nevertheless, without the backing of its army, Turkey would not have been able to take the stand it did. In addition to a largely educated population (in 1927, about 11 per cent of Turkey was literate but today 88 per cent is), it also boasts good economic indicators. Under Ataturk, education from grade school to graduate school was made free, secular and co-educational, with compulsory primary education. The armed forces implemented an extensive programme of literacy.

Although some may criticise Ataturk’s secularisation drive to have gone too far, it certainly reaped development benefits. And yet Islam very much remained the religion of the masses. Turkey was able to forge a strong national identity but kept its Islamic identity intact. In doing so, Turkey was able to strengthen itself domestically, while forging important diplomatic relationships with Europe, America and even Israel. It is because Turkey has diplomatic relations with Israel that its actions are so relevant today. Unlike Iran or Libya, Turkey cannot be dismissed as some radical Islamic country or a failed state. Its historic relationship with Europe and America has categorised it as a respectable international actor.

By maintaining relationships with both the Muslim and non-Muslim world, Turkey was able to facilitate a convoy of humanitarian assistance that transcended nationalities and mobilised international civil society. The efforts of some 700 activists from 38 different countries, including 12 Muslim countries, managed to “take the mask off Israeli aggression,” as one analyst on Al Jazeera put it. With ex-ambassadors from America, members of parliament from Malaysia and Germany, journalists from countries as diverse as Mauritania, the attack on the convoy has damaged Israel’s reputation internationally and sparked demonstrations around world capitals and major cities. It has even led some Jewish analysts in America, like Norman Finkelstein, to speculate that Israeli actions have called into question world security and provide a rationale to strip Israel of its nuclear status. It is also curious that though Saudi Arabia and Iran both claim theocratic legitimacy – albeit in very different ways – neither country was represented in the aid convoy.

Turkey’s focus on intelligent Islam seems to have trumped the rudimentary version preached by more conservative Muslim countries. There is a lesson here for all of us in the Islamic world, that we live in a modern age where diplomacy, democracy and humanitarian missions can do more to further our causes than rogue statements and ill-thought out jihad. It is also essential to realise the importance of nation-building. Without strong nation-states Muslims will not be adequately represented in the modern world. One in four people are Muslims. We can work within the system laid out by the international order, instead of rejecting it, to have our demands met. Israel’s good days may be over. But Turkey’s are just beginning.