Indian scientists distance themselves from Hindu claims of ancient inventions

Indian scientists distance themselves from Hindu claims of ancient inventions 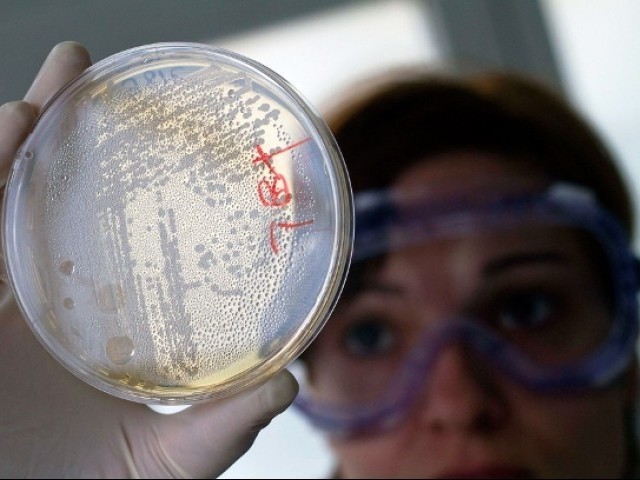 India is no stranger to prominent figures debasing science or citing ancient Hindu texts like Puranas and Vedas. PHOTO: REUTERS/FILE

NEW DELHI: The organisers of a major Indian science conference distanced themselves on Sunday from speakers who used the prestigious event to dismiss Einstein’s discoveries and claim ancient Hindus invented stem cell research.

The distinguished gathering of Indian researchers and scientists hosts Nobel laureates, but in recent years has seen Hindu mythology and faith-based theories edging onto the agenda.

At this year’s congress, the head of a southern Indian university cited an ancient Hindu text as proof that stem cell research was discovered on the subcontinent thousands of years ago.

“We had 100 Kauravas from one mother because of stem cell and test tube technology,” said G Nageshwar Rao, Vice Chancellor at Andhra University, referring to a story from the Hindu epic Mahabharata.

Rao, who was addressing school children and scientists at the event, also said a demon king from another centuries-old Hindu epic had two dozen aircraft and a network of landing strips in modern-day Sri Lanka.

Event organisers tried to hose down the remarks, saying it was “unfortunate” the prestigious event had been derailed by controversy.

“We don’t subscribe to their views and distance ourselves from their comments. This is unfortunate,” Premendu P. Mathur, general secretary of Indian Scientific Congress Association, told AFP.

“There is a serious concern about such kind of utterances by responsible people.”

Another speaker, a scientist from a university in southern Tamil Nadu state, also raised eyebrows by questioning the breakthroughs of Isaac Newton and Albert Einstein.

India is no stranger to prominent figures debasing science or citing ancient Hindu texts like the Puranas and Vedas as ironclad evidence of the country’s technological prowess.

The minister hails from the Hindu nationalist Bharatiya Janata Party (BJP), which rules 17 of India’s 29 states and territories outright or through alliances.

The Breakthrough Science Society, an Indian-based educational charity, said it was “astounded and even horrified” at the remarks made at an academic summit.

“Puranic verses and epics are poetic, enjoyable, contain moral elements and rich in imagination but not scientifically constructed or validated theories,” the group said in a statement Sunday.

“Such a hallowed assembly of scientists has been misused to make false and chauvinistic claims about ancient India.”