PM Khan had earlie­r said that cries had starte­d coming in from Sindh after the clampd­own agains­t money launde­ring
By Our Correspondent
Published: January 5, 2019
Tweet Email 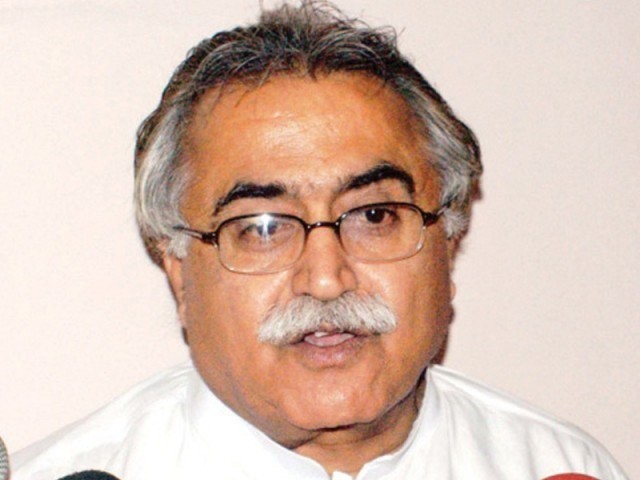 HYDERABAD: Taking exception to Prime Minister Imran Khan’s comments that screams have started pouring in from Sindh, Pakistan Peoples Party senator Moula Bux Chandio has termed the PM’s words ‘shameful’ and ‘regrettable’. Talking to the media in Hyderabad on Friday, he warned that if Sindh began to scream, the whole country would follow.

“But it’s not easy to make Sindh shriek.” The PM had said last week that cries from Sindh had already started coming in after the clampdown against money laundering, which appears to be zeroed in on the PPP leadership, began. He recalled that when former President Asif Zardari was criticised for wearing a Sindhi cap during a foreign visit, the criticism triggered a cultural reaction and the people began to observe an annual Sindhi cap and Ajrak day.

He warned that Khan’s word may also provoke a similar reaction. The senator asked Khan to act like the PM of the whole country and to stop giving the impression that he represented only a particular region. He added that if the PM wanted to refer to the provincial government or his party’s leadership, he should have chosen his words wisely.

Chandio likened the Pakistan Tehreek-e-Insaaf’s attitude towards Sindh with Ziaul Haq’s regime, saying the two similarly attempted to politically subjugate the province and occupy its resources. “Today the arrogance of the [incumbent] rulers is creating the same environment. The wrong advices of the ignorant ministers and advisers [of Imran Khan] have brought Zia’s era back.”

The senator said the existing socio-political milieu will not allow the Centre to deny the Constitutional rights to the provinces. He cautioned the PTI government that Sindh will clamour for its right if like in the past, the award of National Finance Commission is stopped again. Chandio said the PPP remained at variance with Pakistan Muslim League-Nawaz’s former central government and criticised it as well, but the party had never announced that it was planning to topple their government.