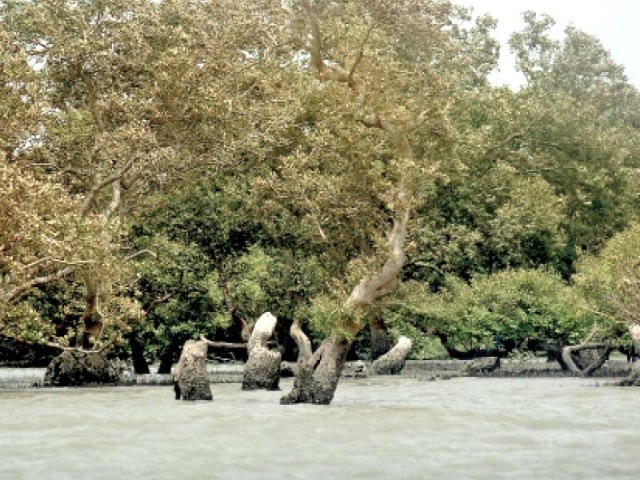 The depletion of mangrove forests along Sindh’s coastline has not only impacted the lives of coastal communities but also means that there are no natural barriers to protect urban centres from tsunamis and storms. PHOTO: ATHAR KHAN/EXPRESS

The chief justice on Wednesday expressed his displeasure after Sindh’s additional advocate general informed the court that at least 70,000 acres of forest land were illegally occupied in the province, Express News reported.

“Those with no right to govern are in power,” said Justice Nisar.

After noting the importance of forests for the environment, the Chief Justice Saqib Nisar expressed his displeasure with the Sindh government and said those who do not want to work should leave their offices.

The court had issued an order on October 31 for illegally allotted land to be returned but the Sindh cabinet has yet to comply.

At the end of November, Sindh Chief Minister Syed Murad Ali Shah told the Sindh Assembly that around 149,235 acres of land have been illegally occupied by influential persons over the last five years.

The chief minister added that a comprehensive campaign had been launched against encroachers and 15,733 acres had been vacated and the campaign against land mafia was in “full swing”.

Syed Nasir Shah, during the cross-questioning, had informed the House that the government intends to start a forestation drive and will transplant trees spread over 50,000 kilometres. “The CM has already placed a ban on cutting of trees. We want to make our province green.”