Over 25,600 liters poor qualit­y milk and 1,080 kilogr­ams unheal­thy meat were discar­ded during the year
By APP
Published: January 2, 2019
Tweet Email 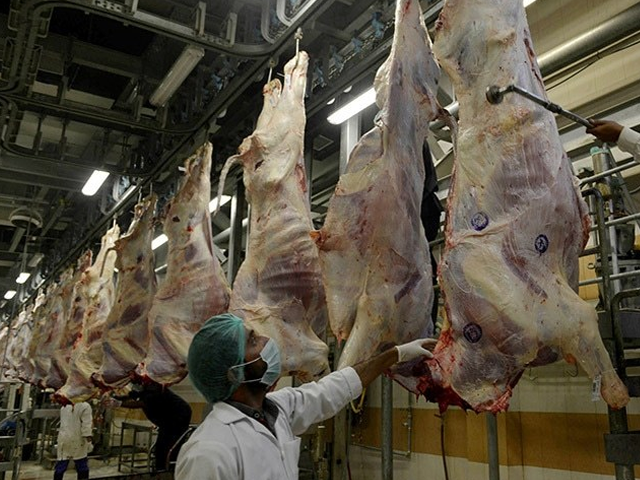 RAWALPINDI: Rawalpindi Cantonment Board (RCB) Food Department collected over 5,000 food samples and sent to a laboratory for quality test while Rs3.5 million fines were also imposed on the rules violators during 2018.

According to RCB officials teams checked 1,675 food outlets during last year. 4,196 reports were received while 1,675 samples’ reports revealed that the food items were substandard.

The cases of substandard food items were sent to the court of the cantonment magistrate which imposed fines amounting to two million rupees in nearly 700 cases.

They informed that the remaining cases are still under process.

He said over 25,600 liters poor quality milk and 1,080 kilograms unhealthy meat were discarded during the year. Total 1,675 food outlets were checked by RCB teams while 78 points were sealed. The RCB issued 2,500 new licenses and generated revenue amounting to Rs6,136,280 during the period. The food branch also issued 1,047 notices to the restaurants, hotels, fast food outlets and other shopkeepers for unhygienic and poor cleanliness condition.             Food inspectors also conducted surprise visits of different markets during the year and inspected cleanliness condition and quality of food items while on various violations over Rs1.5 million fines were imposed.

A number of kitchens of restaurants and bakeries with other points on severe violations were also sealed during operations against the violators.

He said the teams issued notices on poor cleanliness, besides ordering them to maintain standard else strict action would be taken against the violators. He said raids on food outlets would continue adding that teams were directed to also check the health of workers serving at the food outlets.

PPP can topple govt if it so desired: Kaira