Voters regist­ered at addres­ses other than the ones given in their CNICs to be struck off
By APP
Published: December 31, 2018
Tweet Email 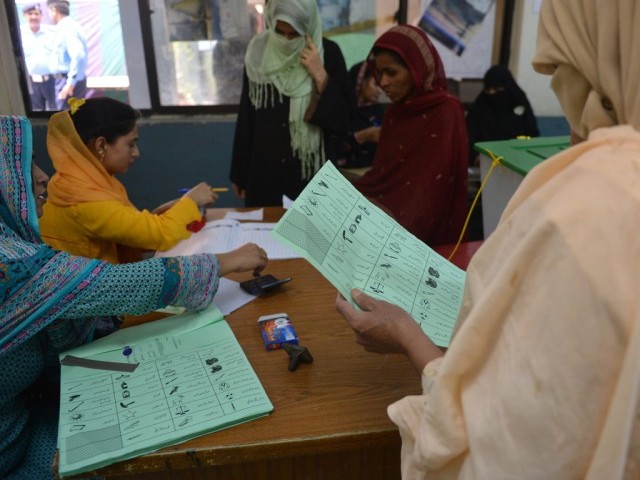 RAWALPINDI: Citizens have been advised to register their votes today, December 31, the last day to do so. They have also been advised to avail the opportunity of updating their addresses in the voter lists to either reflect their current address or the permanent address mentioned on their identity cards.

This was directed by the District Election Commissioner (DEC) Malik Saleem Akhtar on Sunday.

He said that the Election Commission of Pakistan (ECP) has provided a chance for citizens to get their votes registered and that December 31 was the last date for getting addresses changed in the voter list.

Voters who want their votes to be registered on their temporary address or get it changed from their temporary to permanent address could avail the facility by the deadline.

As per new election laws, a person will be considered to be a resident of an electoral area mentioned in their computerized national identity card (CNIC). According to clause 27 of the Elections Act 2017, this can be either the temporary or permanent address listed on their CNIC, he added.

The forms for correction/change of address tagged “form-21” are available on the ECP website or can be obtained from the office of district election commissioner in every district.

He informed that the proposed changes have become necessary as the sub-clause added to the provision to help hold July 25 general elections would expire on December 31.

On expiry of this time period, all voters registered in electoral rolls at addresses other than the ones given in their CNICs would be struck off. The ECP may shift them to their permanent addresses if they fail to give an option.

Vagrancy: Residents of the capital demand rehabilitation for beggars