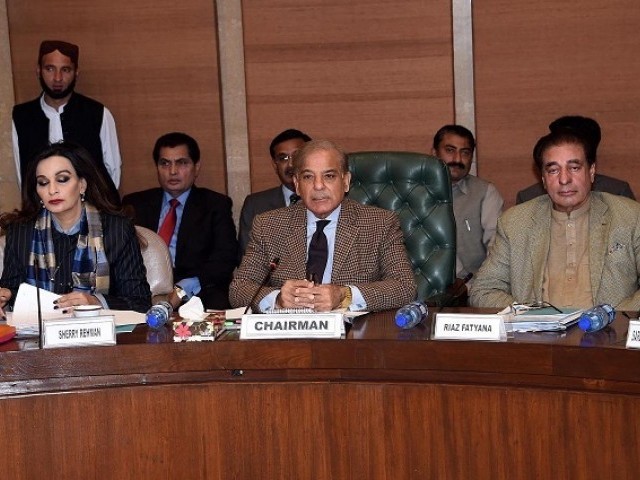 ISLAMABAD: The Public Accounts Committee (PAC), under chairmanship of Leader of Opposition in the National Assembly Shehbaz Sharif, will meet here at the Parliament House on Dec 31 (today).

The Auditor General of Pakistan will brief the committee whereas representatives of the water and power divisions, Energy Ministry and National Accountability Bureau (NAB) have also been called for a briefing on January 1.

In its maiden meeting held on December 28, the committee secretary briefed the members about working of the top parliamentary body. During the first meeting, PAC Chairman Shehbaz Sharif summoned representatives of NAB on January 1 to brief on the cases referred to it by the committee.

In its first meeting, PAC calls NAB to explain delay in inquiries

The chairman also sought cooperation of the members to run the affairs of the committee in a smooth and constructive way. He apprised the members that sub-committees would be constituted to look into matters pertaining to the tenure of the Pakistan Muslim League-Nawaz (PML-N) while the main committee would examine the audit of the Pakistan Peoples Party (PPP) and Pakistan Tehreek-e-Insaf (PML-N) tenures in government.

Shehbaz had also announced three to four sub-committees would be constituted to examine audit of the PML-N government as well as a monitoring and implementation committee would also be formed.

The chairman also asked the PAC secretariat to ensure implementation of the orders of the committee, directing that officers below grade-19 would not be allowed to appear before the body.