I'd be lying if Federer record not on my mind: Djokovic

I'd be lying if Federer record not on my mind: Djokovic 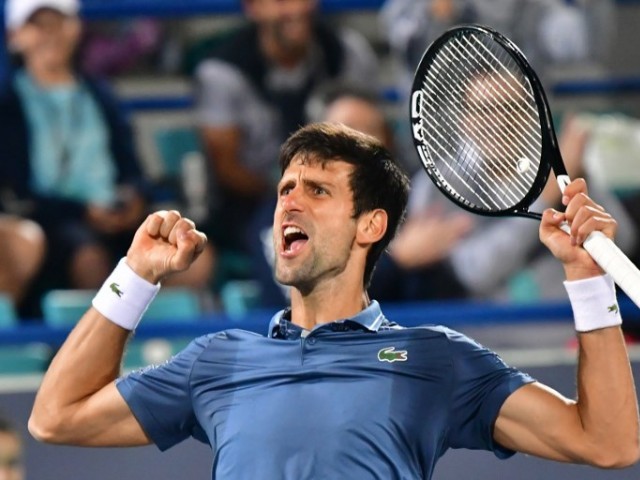 ABU DHABI: Novak Djokovic admitted he’d be “lying” if overhauling Roger Federer’s mark of 20 Grand Slam titles was not on his mind but insisted Saturday it will be a great challenge to get there, especially with the sport’s widely-hyped young generation stepping up.

Djokovic, who sent out an early warning ahead of the official kick-off of his 2019 season with a 4-6, 7-5, 7-5 victory over Kevin Anderson to win the Mubadala World Tennis Championship in Abu Dhabi on Saturday, took his Grand Slam tally to 14 by picking up the Wimbledon and US Open titles within the span of the last five months.

The 31-year-old Serb is currently six majors behind Federer and three adrift of Rafael Nadal, but is likely to keep up the pressure on his rivals this upcoming season considering how he recaptured his dominating form in the second half of 2018.

Asked if there is a record he dreams of capturing before the end of his career, Djokovic said: “I would lie if I say I didn’t want to get to as high as Grand Slam wins number possible. That’s definitely the objective, the desire, the goal.

“Those are probably the tournaments where I want to do my best for the rest of my career, however long that’s going to be, and of course trying to also fight for Number 1 with everyone else.”

Djokovic has lost just three times in the last six months, but all three defeats came against players aged 22 and under (Stefanos Tsitsipas in Toronto, Karen Khachanov in Paris, and Alexander Zverev in London at the World Tour Finals).

On Thursday, the world number one conceded that “the face of tennis is changing” due to the influx of new young talent and he believes the ‘Next Gen’ will make it harder for him to stay on top.

“There’s a new generation of players, Nadal and Federer are still there, (Andy) Murray and (Stan) Wawrinka are coming back, Zverev is the leader of this Next Gen

“Men’s tennis is as good as it can be in terms of competition, in terms of personalities, it’s good to see new faces,” he said after his fourth title victory on Saturday in the UAE capital.

“For me it’s going to be a big challenge and a big ask to stay at such a high level, it’s very demanding especially as a family man. It’s different in the last couple of years. But I like challenge in life, because from the challenges we grow and we learn. So I try to embrace whatever is in front of me, I have to accept it but I’m working for the best.”

Djokovic now heads to the Qatar Open in Doha next week where he faces Bosnian Damir Dzumhur in the opening round.

Later in January, he will begin his bid to win a seventh Australian Open title.