The show highli­ghts the lifest­yle and romant­ic charms of the Indus valley civili­sation­
By Press Release
Published: December 30, 2018
Tweet Email 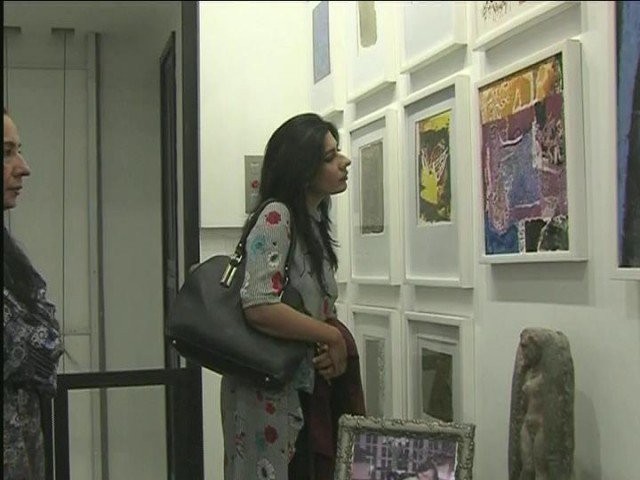 KARACHI: Presdient Dr Arif Alvi said that aesthetic expression adds more value to a culture, by raising awareness in the society about social-justice and harmony, quality of life and patriotism among other things. He said that the rich history of South Asia and the centuries old traditions of Pakistan have grown out of the world’s oldest civilisations like Mehrgarh, Mohenjo Daro and Harappa. These ancient archaeological sites are priceless treasures for our nation and must be preserved at all cost and must also be shared with the global art community, by portraying it through artistic ambassadors, like Jamil Naqsh, he added.

Permanent art gallery to be assigned for Atiya Begum’s works

The president expressed these views while addressing the inauguration ceremony of a paintings exhibition at Jamil Naqsh Museum titled, “Fisher Woman of My Mohenjo-daro” on Saturday.

The President said that masterpieces created by our contemporary painters, sculptors, writers, musicians, culinary experts and other artists were also appreciated globally and added that despite the exposure to technological advancements, professional migrations and geo-political diversity, our people have remained connected to their strong roots. “Our distinct culture has been nurtured with strong relationships of humanitarian love, while our food and flavours also carry the aroma of generous hospitality,” he said.

The President also expressed his admiration for Naqsh, who has earned international fame along with the Pride of Performance Award in 1989 and the Sitara-e-Imtiaz Award in 2009.

He added that his work depicts the different aspects of our society. He stressed that we must create more opportunities to celebrate the accomplishments of our national heroes, who are portraying a softer image of Pakistan, with their great successes in every arena, around the world.

The focus of this exhibition was to highlight the lifestyle romantic charms of the Indus valley civilisation. One prominent element in the creative legacy of Naqsh is the female face and form in which he has redefined the classic bronze sculpture of the ‘Dancing Girl of Mohenjo Daro’ – portraying her as a ‘Fisherwoman’. According to him, the civilisation flourished along the Indus River, back in the year 2500 BCE, so their primary occupation was fishing.

The series of paintings also feature other creatures and ancient composite artefacts of Mohenjo Daro, like the ‘Fish’ and the ‘Bull’, along with several ancient ‘Scripts’ found in this archaeological site.