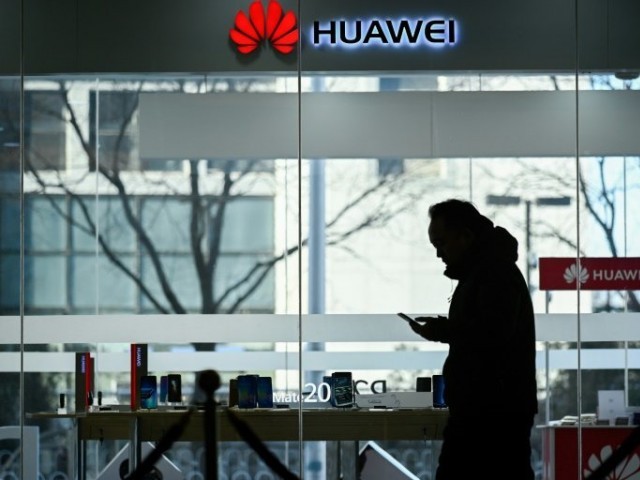 SHANGHAI: Chinese firms are encouraging staff to buy Huawei smartphones following Canada’s arrest of a top Huawei executive on a US extradition request, an event which has triggered an outpouring of nationalist support.

Several companies are offering employees subsidies for Huawei phone purchases, while others have even warned staff against buying Apple products.

In eastern China, Fuchun Technology said “nearly sixty” out of its 200 employees have taken advantage of 100 to 500 yuan ($15 to $29) Huawei phone subsidies as of Saturday.

Another tech firm, Chengdu RYD Information Technology, has offered 15% subsidies, though it declined to disclose the number of employees who actually took advantage of the benefits.

“We are supportive of good China-made brands,” a spokeswoman told AFP, adding that the subsidies were part of employee benefits and were not “guided by the government”.

One company has even threatened to fine employees who buy iPhones, charging them 100% of the smartphone’s market price.

The surge of patriotism began after Huawei’s Chief Financial Officer Meng Wanzhou was detained in Canada on December 1 on a US extradition request linked to sanctions-breaking business dealings with Iran.

She has since been released on bail pending her US extradition hearing and is now living under electronic surveillance in a luxury home in Vancouver.

Ottawa has repeatedly said Meng’s arrest was not political but rather part of a judicial process in keeping with an extradition treaty with Washington.

But some in China see Meng’s arrest as part of a broader conspiracy to suppress China’s hi-tech enterprises, with nationalist tabloid Global Times accusing Washington of “resorting to a despicable rogue’s approach” because it cannot stop Huawei’s progress in the 5G market.

Realme gears up for Pakistan launch

Some users were in favour of buying phones in the name of patriotism, while others questioned whether or not Chinese firms were simply leveraging Huawei’s case as a marketing strategy or branding opportunity.

“Those companies are conscientious for standing by Huawei’s side,” praised one Weibo user, using a thumb’s up emoji. “The government should also publish an official document to support domestic brands.”

But another user, who said they supported Huawei, criticised the practice of punishing staff who purchase Apple products. To win respect, domestic tech brands should “keep fighting despite setbacks and adopt an attitude of not accepting defeat”, the user said.

Russia, Turkey agree to coordinate on Syria after US pullout