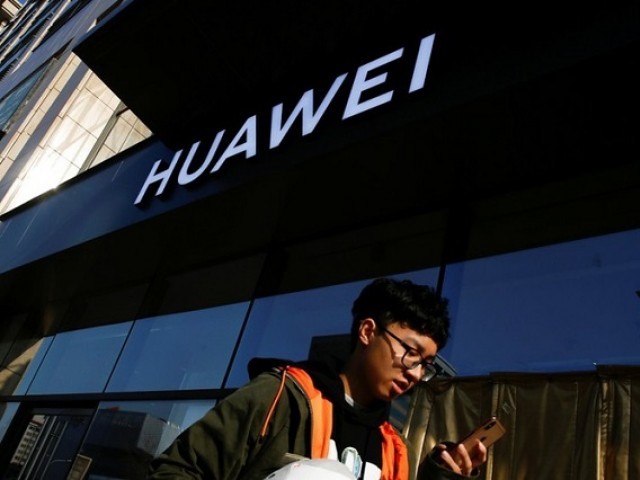 A man uses his phone as he walks past a Huawei shop in Beijing, China, December 19, 2018. PHOTO: REUTERS

HONG KONG: Huawei is expected to record a 21 per cent jump in revenue for 2018 to $109 billion, its rotating chairman said, marking the Chinese tech giant’s fastest pace of business growth in two years despite heightened global scrutiny of its activities.

In his new year’s address to employees, Guo Ping also said Huawei has secured 26 5G contracts and expects its smartphone shipments for 2018 to surpass 200 million units.

The company flagged earlier this month that annual revenue is expected to exceed $100 billion for the first time and that it had secured more than 25 commercial 5G contracts, making it the largest 5G vendor in the world. In August, Huawei forecast smartphone shipments exceeding 200 million for the year.

Huawei is the world’s largest telecom equipment maker and the second largest smartphone seller. It has come under international pressure this year after the United States and its allies including Australia and New Zealand started barring its equipment on concerns they could enable spying by China. Huawei has repeatedly insisted Beijing has no influence over it.

The company’s chief financial officer Sabrina Meng, who is also the daughter of founder Ren Zhengfei, was arrested and released on bail in Canada earlier this month as the US alleged she defrauded banks with Iran-related transactions.

Reuters reported on Thursday citing sources that the White House is mulling an executive order as early as January that would bar US companies from using telecommunications equipment made by Huawei and ZTE, in the latest hit to China’s two largest telecom equipment makers.

While Meng was freed on C$10 million ($7.35 million) bail on December 11, China has since detained two Canadians in what is perceived to be a tit-for-tat reaction to Meng’s detention.