Minor dies due to lack of ventilator

Minor dies due to lack of ventilator

Family says no hospit­al in the provin­ce has the facili­ty
By Mohammad Zafar
Published: December 25, 2018
Tweet Email 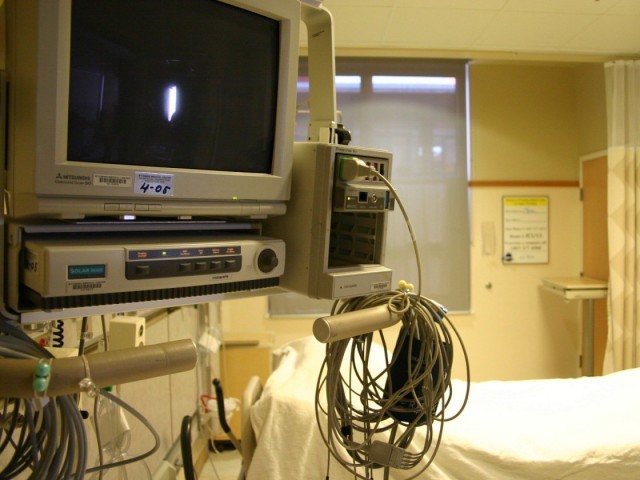 QUETTA  : A minor died due to unavailability of ventilator in the provincial capital hospitals on Monday as the family struggled to put their child on respirator running from one hospital to another.

The minor had gone through a throat surgery on Sunday night after a bone stuck in his trachea and doctors in Quetta’s Jilani Hospital had referred him for ventilation.

He died on Monday morning, the family said, adding that they visited and contacted every government and private hospital but couldn’t find a free ventilator for their child.

“On Sunday morning I admitted my son to Nagi Children Hospital where they failed to diagnose that a bone was stuck inside his throat. After admitting him for 12 hours they refused to treat my son and told me take him to other hospital for bronchoscopy,” Muhammad Rauf Babar, father of the deceased minor told The Express Tribune.

Babar said: “I went there and after X-Ray doctor found a bone inside his throat and pulled it out after an operation. They asked to arrange ventilator for my child but after whole night struggle we couldn’t find one and my innocent son left us after bearing excruciating pain”.

The family said that they had contacted all major government and private hospitals regarding children’s ventilator but all replied that they either had no space or the ventilator was out of order.

“I don’t want to hold accountable anyone for the death of my son but I urge Balochistan CM and health minister to fill the need of child ventilators in Quetta so no parents could lose their little children,” Babar said.