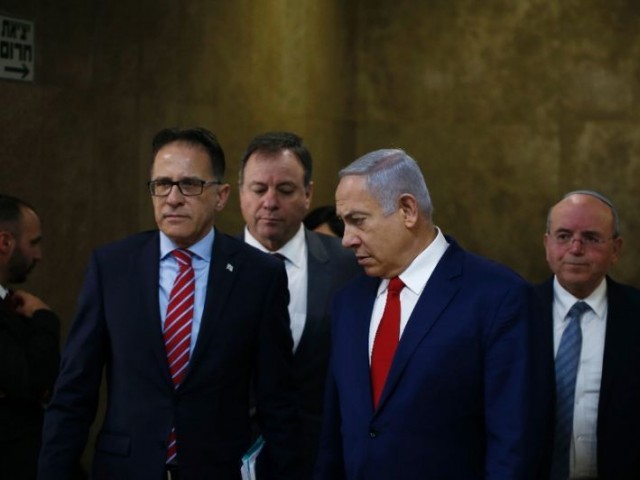 JERUSALEM: Israeli Prime Minister Benjamin Netanyahu sought on Sunday to calm domestic concerns over US President Donald Trump’s decision to withdraw from Syria, saying his country will still act against Iran there.

Trump last week said the Islamic State group had been defeated and he was withdrawing the United States’ 2,000 troops from Syria.

Israel has seen the US presence in neighbouring Syria as a bulwark against its main enemy Iran and a counterweight to Russia.

“The decision to remove the 2,000 US soldiers from Syria won’t change our consistent policy,” Netanyahu said at the start of a cabinet meeting.

“We will continue to act against Iran’s attempt to establish a military presence in Syria, and if the need arises, we will even expand our activities there.”

He added that he wanted to “calm those concerned.”

“Our cooperation with the United States continues full-force, and takes place in many fields — the operational field, the intelligence field, and many other security fields.”

Trump’s decision to withdraw from Syria — as well as reduce forces in Afghanistan — led US Defence Secretary Jim Mattis to quit in disagreement.

The US special envoy to the coalition fighting the Islamic State, Brett McGurk, has also resigned.

The withdrawal abruptly ends American influence in the war-ravaged country and gives Turkey an opening to attack US-backed Kurds in Syria.

But Israel is particularly concerned about the presence of Iran there as well as Hezbollah, the Lebanese group backed by Tehran.

Israel has carried out hundreds of air strikes in Syria against what it says are Iranian military targets and advanced weapons deliveries to Hezbollah.

A friendly fire incident in September that led to a Russian plane being downed by Syrian air defences during an Israeli strike has however complicated Israeli operations there.

Russia subsequently upgraded Syrian air defences with the delivery of the advanced S-300 system, which Damascus had said would make Israel “think carefully” before carrying out further air raids.