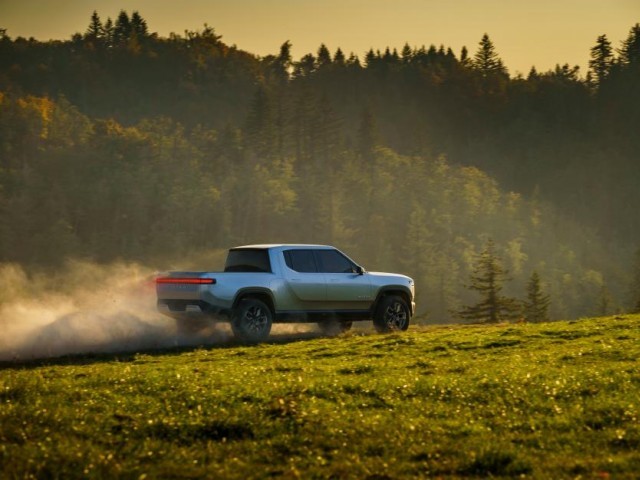 The fund, which is expected to grow to $1 billion, was set up with a loan of $200 million from the Asian Development Bank (ADB).

Nadeem Ahmad, who was appointed chief executive officer by the last Pakistan Muslim League-Nawaz (PML-N) government in April 2018, visited the Philippines in September and the very next month, he purchased an expensive luxury vehicle, stated sources in the Ministry of Finance.

Both of these actions were in violation of the government’s austerity policy, they said and highlighted the misuse of foreign loan, which was secured for mitigating the impact of climate change.

The NDRMF is a government-owned not-for-profit organisation, which was established with the aim of financing projects to enhance Pakistan’s resilience to climate change and other natural disasters.

In response to the request for comments, the company secretary defended the decision of buying the luxury vehicle and the overseas trip, citing that Pakistan’s law did not apply to the fund.

The Ministry of Finance did not allow Ahmad to proceed on a foreign visit, said the sources. Despite that, he went to the Philippines in the last week of September to attend a conference.

In correspondence with the finance ministry, the NDRMF took a bizarre stance, saying the expenditure was made from the ADB funds and not from the civil budget. However, the ADB funds are loans, not grants, which the government has to repay along with interest.

The Ministry of Finance did not accept the NDRMF’s plea and rejected the request for providing a waiver for the vehicle purchase. In July last year, the ministry imposed a complete ban on the purchase of all types of vehicles except for operational vehicles for law enforcement agencies.

The finance ministry was of the opinion that the NDRMF CEO had been hired at a competitive salary package and he, as well as the rest of the management, was not entitled to official vehicles, showed official documents.

The Pakistan Tehreek-e-Insaf (PTI) government further enforced the ban in December and issued new guidelines under its austerity policy.

The last PML-N government had hired the services of Ahmad. The Economic Affairs Division forwarded a summary for the cabinet’s approval to appoint Ahmad for three years.

However, some cabinet ministers objected to the proposal. Then prime minister Shahid Khaqan Abbasi decided to appoint Ahmad for two years.

As per loan and project agreements between Pakistan and the ADB, “it is mandated that the company shall follow procurement guidelines of the ADB and country laws/systems shall not apply,” said the company secretary while defending the decision to purchase the expensive vehicle.

The secretary’s views appeared misguided as according to the Constitution of Pakistan any entity that has been set up by the federal government with taxpayers’ money is subject to the scrutiny of parliament and the government.

The secretary maintained that under the Companies Act 2017, the business of the company has to be managed by its board of directors who exercise all the powers, including approving its capital expenditure, vested by the act, or by the articles or by a special resolution.

The secretary maintained that the procurement of vehicles was duly approved by the board of directors in their sixth meeting held on March 2, 2018. The secretary added that it was understood that disaster-prone areas were located in difficult/rugged terrains in many areas/districts of the country such as Gilgit-Baltistan, Azad Jammu and Kashmir, Balochistan and northern areas in Khyber-Pakhtunkhwa.

The sources added that the NDRMF did not have a field job as its functions were only limited to providing finances to implementing partners.

This fact has also been admitted by the company secretary who stated that “though all the related activities shall be carried out by the fund implementing partners of the company, yet it will require continuous monitoring by the company staff.”

“The instructions of the Ministry of Finance and/or the Cabinet Division apropos purchase of vehicles by government ministries, divisions and departments are not applicable to the not-for-profit companies registered with the Securities and Exchange Commission of Pakistan,” claimed the secretary. Thus, “the NDRMF has not committed any violation of SECP rules,” he added.