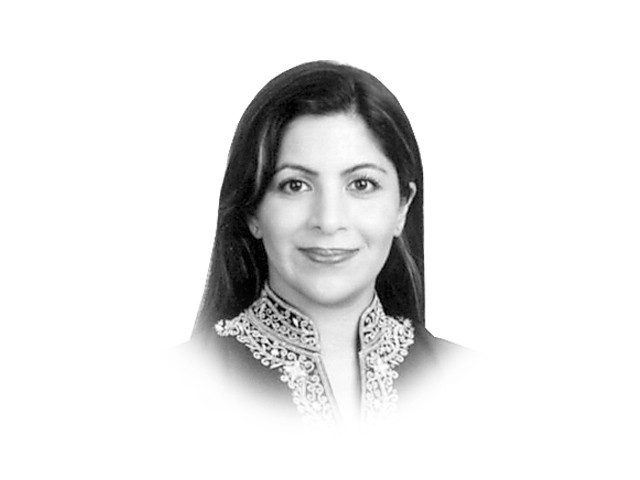 The writer is a barrister and a public policy graduate from Harvard University mahreen.khan@tribune.com.pk

Sarfaraz Shah’s brutal slaying by the Sindh Rangers was disgusting, gruesome and unspeakably shocking. No matter how harsh the words used to describe this act of brutality, words are ultimately inadequate in assuaging the grief all of us, who have witnessed this crime against our humanity, have felt. When six uniformed men collude in the slaying of an unarmed civilian, surrounding him like a cornered animal and then, without so much as a flinch, watch one of their own shoot him repeatedly at close range, what can you write? When, for many minutes on end, these Rangers performed a death squad watch, circling the fallen youth as he begged for medical treatment, callously walking by him whilst he cried in agony, ensuring he bled to death, what are you supposed to feel?

This was murder in cold blood, caught on film for posterity, for all to witness. So there should be no need to write anything but condemnation of the act and the perpetrators. However, when a man of Rehman Malik’s sensitivity and legal acumen is the minister for interior, then there is plenty to write, because the minister has not even grasped the fundamentals of justice: The presumption of innocence — the concept that even comatose teenagers pick up from watching late night reruns of 80’s detective shows. Shah was accused of trying to rob a family at gunpoint. So Malik, when questioned about the Rangers’ shooting him, pronounced that Shah was a ‘criminal’ implying that this ‘fact’ was enough to justify the death. Mr Malik — it does not matter what crime he was accused of, whether he was guilty or not. Even if he had been a serial killer caught red-handed, knife dripping with blood, victims lying dead all around, his right to a trial was inviolable. That right is enshrined in every legal and religious value system in the world. Summary execution, without due process, especially by law enforcement personnel or agents of the state represents the grossest breach of public trust and rule of law.

The irony is that, on the totem pole of this city’s criminals, Sarfaraz Shah was at the very bottom, the least deserving of Malik’s indictment of him as a ‘criminal’ whose death was somehow deserved. In fact, even if the allegations against him are true, Sarfaraz Shah seems to have been an inexperienced thief with a toy gun, who came with no accomplice or means of escape. His final actions were not those of the professional criminal clever enough to keep his mouth shut, confident enough to climb into the van and get taken to a police station. Professional criminals remain calm in the knowledge that one phone call to their protectors will have them out in no time. Shah panicked and begged for he had no protector. He was not part of the city’s drug or weapons mafia, he was not a political party thug or a killer. The fact is, Mr Rehman Malik, it is Sarfaraz Shah’s lack of criminal credentials that got him killed.

This city’s residents have, in the past, cried in disbelief as Rangers and police personnel have stood by watching gangs of armed youth looting, killing, maiming and rampaging. It is openly known that these very personnel would not dare even approach those who routinely terrorise this city. Kidnappers, killers, bombers, extortionists, mafias and robbers operate at will, with neither hindrance nor fear. The use of force by those tasked to protect us is instead used against the weak, the hapless and often the innocent. The Rangers personnel have committed an unjustifiable, unequivocal act of murder. They must face trial and receive the most severe punishment available: The death penalty. They have deprived a man of his life, in a most cruel manner, disgraced their uniform and shattered the public trust.