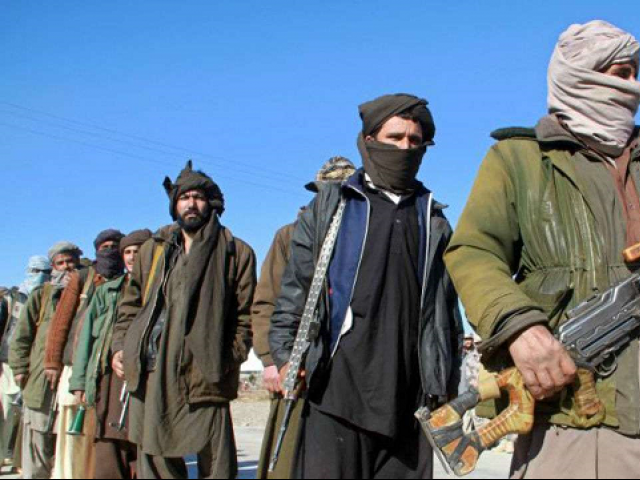 ISLAMABAD: Pakistan arranged crucial peace talks between the United States and Afghan Taliban in the United Arab Emirates (UAE) on Monday, in a latest push to end the 17-year-long conflict in Afghanistan. Representatives from Pakistan, the UAE and Saudi Arabia also attended the talks.

Just ahead of the parley in the UAE, the Foreign Office spokesperson Dr Muhammad Faisal said Pakistan is committed to peace and reconciliation in Afghanistan along with international community and other stakeholders.

“We hope this will end bloodshed in Afghanistan and bring peace to the region,” he wrote on micro-blogging site Twitter. Afghanistan and the US also welcomed the talks hoping this may lead to a political solution to the Afghan problem.

The Afghan Taliban spokesperson confirmed the group’s participation in the talks but insisted that they would not talk to the Afghan government. There were no further details available yet as to what exactly transpired in closed door dialogues.

The direct talks between the US and the Taliban came just days after the US President Donald Trump wrote a letter to Prime Minister Imran Khan, seeking his help for a negotiated settlement of the Afghan war. Trump had urged Khan to help facilitate meeting between the American officials and the Taliban.

Last Friday, the prime minister broke the news that Pakistan was going to arrange a meeting between the US officials and the Taliban representatives on December 17.

This was the second time Pakistan arranged direct talks between US and Taliban. In 2016, Pakistan brokered the first-ever face to face talks between the Taliban and the US and Afghan government representatives in Murree. Officials from Pakistan and China were also present at the moot.

Then the process could not move forward after news of the death of Taliban supreme leader Mullah Omar was leaked to the media by some Afghan official. Pakistan blamed elements within Afghanistan for scuttling the budding peace process.

The development subsequently strained relationship between Pakistan and Afghanistan. But in recent months the two neighbours have begun resetting their troubled ties by evolving a bilateral mechanism to address each other’s concerns on the Afghan endgame.

After criticising and blaming Pakistan for months, the Trump administration has also now reached out to Islamabad seeking its help for the Afghan peace process. The reason the US is seeking Pakistan’s help stems from the fact that its recent rounds of talks with the Taliban could not yield the desired results.

The US special envoy Zalmay Khalilzad had met twice with the Taliban representatives in Doha. The US believes that Pakistan still holds considerable sway over the Taliban and hence it can play a crucial role in brokering a deal.

The Trump administration is aiming to strike a deal with the Taliban by April next year or before the Afghan presidential elections. The Taliban, who control over 60 per cent of the Afghan territory, want the US forces to leave Afghanistan.

Female students to get bikes, scooties on easy installments in Punjab