Mirza says Pakist­ani women can prove their mettle in every walk of life
By APP
Published: December 16, 2018
Tweet Email 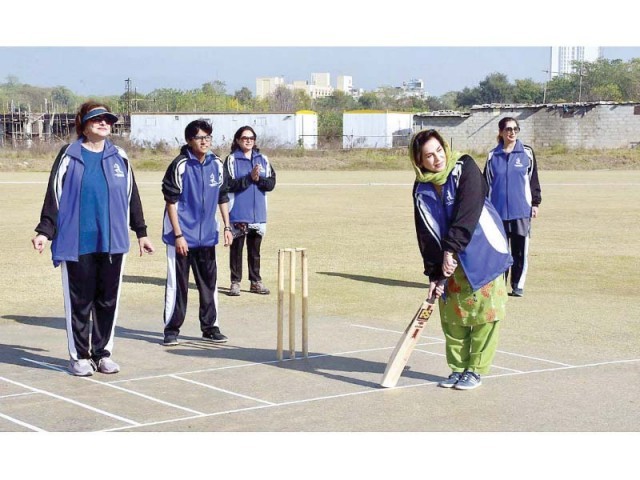 Fehmida Mirza on the pitch during a match between the parliamentarians and the media. PHOTO: APP

ISLAMABAD: Federal Minister for Inter-Provincial Coordination Dr Fehmida Mirza on Saturday said that females could prove their mettle in every field of life, vowing to create more opportunities and facilities for them in sports.

Speaking to the media after a match between Parliamentarians Panthers and Media Warriors teams of women journalists, held at the Islamabad Club, she said the promotion of games like cricket, hockey, football and others was a top priority of the incumbent government which would help build a healthier society.

She announced to arrange such extracurricular activities in the coming days, “I am playing cricket for the first time after recovering from cancer ” she remarked.

The minister said female journalists performed hectic duties and such events were vital for their health. She stressed on joining hands to promote positivity among masses. She urged educational institutions to hold more extracurricular activities and encourage the participation of female students in sports.

She expressed optimism for better future of the country and said “We are going through tough times, but soon we will get rid of the prevailing challenges. “She regretted that corruption was rampant during the past regimes which gradually eroded the infrastructure of sports in the country.