Kashmiri leaders send 'SOS to humanity' after massacre of civilians

Mirwaiz Umar Farooq says Kashmiris will march to Badami Bagh garrison on Dec 17 and ask Indians to ‘kill us all’
Our Correspondent December 15, 2018 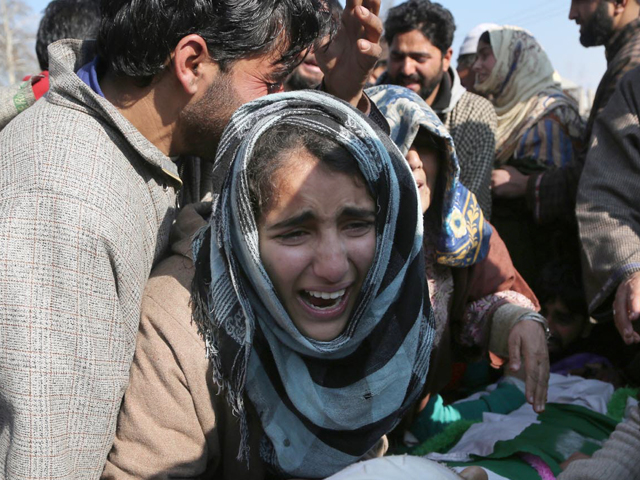 A girl is crying at funeral of her loved one in Indian-occuoied Kashmir's Pulwama district on Saturday. PHOTO: XINHUA/INP
KARACHI: Kashmiri political leaders sent out an SOS to the entire ‘humanity’ after Indian occupation forces massacred seven innocent civilians following a gunfight that left three freedom fighters and one soldier dead in the disputed Himalayan region of Kashmir on Saturday.

Mirwaiz Umar Farooq, the chairperson of his own faction of All Parties Hurriyat Conference (APHC), said that the Indian occupation forces went on a killing spree in Pulwama district of the occupied valley.

Writing on micro-blogging site Twitter, he feared that the death toll, which has already crossed seven, would rise further.

SOS # to all humanity !Kashmiri’s being massacred as Indian forces go on a killing spree in #Pulwama firing indiscriminately !civilian death toll has crossed 7, more than 40 youth have been hit with Bullets many critical,death toll may rise!

The Mirwaiz announced that Kashmir people would march towards Badami Bagh army cantonment on Monday to “ask the Indian government to kill all of us at one time rather than killing us daily”.

#PulwamaMassacre,Bullets and pellets rain!As Govt of India has decided to kill Kashmiri’s through its #ArmedForces who control us,JRL and people will march towards Badami Bagh Army cantonment on Monday 17 Dec to ask GOI to kill all of us at one time rather than killing us daily..

The APHC leader said: "The youth have been shot in the head, in the neck, the abdomen. It was shoot to kill, not to disperse them." He added that India was killing innocent Kashmiris as a state policy.

Politicians from Azad Jammau and Kashmir and mainstream Pakistani political parties also denounced the bloodletting in the occupied valley.

Bloodletting continues in Palestine & Kashmir...Israel & India both states are daily killing un armed civilians & children with impunity and the so called civilised world is actually abetting the genocide with shameless apathy https://t.co/Fx0f5nYZt9

Journalists, human rights campaigners and Twitterati are appalled by the wanton killing of Kashmiri civilians by Indian occupation forces in the disputed valley.

Horrific news coming out of Kashmir. 7 civilians killed during encounter in Pulwama, more critically injured. What a tragic, tragic day

There is nothing intelligent to say about a massacre. What Kashmir is witnessing is nothing short of massacre. Shooting kids in their faces to kill. Heartbreaking!

This os how india os doing in kashmir.@UNGeneva @UNHumanRights should fullfill duties to stop this genocide on kashmir by indian forces.. pic.twitter.com/Bku5KS2xsB

7 civilains shot dead by Indian armed forces along with 3 militants. Reports coming in say 50 people injured while a few are critical.

People chat slogans of Azadi after a civilian Abid Ahmad's dead body is escorted out of the hospital.#Kashmir pic.twitter.com/M1F1DLBWCR

You know New Delhi’s (non existent) Kashmir policy is failing when the number of civilians killed is double the number of combatants killed. This mindless killing is in nobody’s interest. The state in Kashmir is fast becoming indistinguishable from non state actors. https://t.co/0oJ45aapOs

The victims of India’s mindless killing spree also included an 8th grade student and a 25-year-old business graduate who had recently returned from Indonesia after completing his degree there.

A teenager’s body was lying on the hospital bed, as an unidentified, until a man walks in to find out it is his son. 7 civilians were shot dead while as sixty five others injured as the Indian forces opened indiscriminate fire upon protesters. #Kashmir https://t.co/lv2AZLEZGw pic.twitter.com/z7Fdi7W0y5

The brutal killing of civilians triggered angry protests in the Indian-occupied Kashmir where protesters condemned what they called ‘genocide of Kashmiri people’. 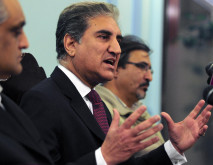 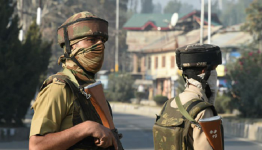 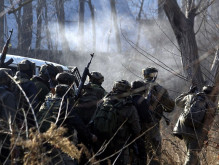 Abdul Aziz | 1 year ago | Reply | Recommend Horrible killing of Khashoggi and Yemeni children. SOS to humanity
Replying to X
Saved ! Your comment will be displayed after the approval.
Error !
Error! Invalid Email.