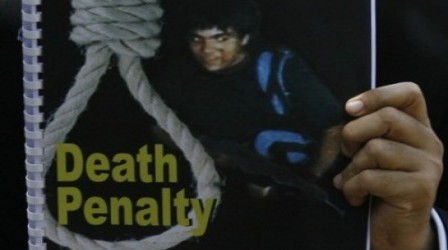 Ajmal Kasab has approached the Bombay High Court to challenge the death sentence awarded to him. PHOTO: REUTERS

The lone surviving gunman of the Mumbai 26/11 attacks, Ajmal Kasab, approached the Bombay High Court to challenge the death sentence awarded to him on May 6.

An appeal letter was forwarded to the High Court by jail authorities on behalf of Kasab, along with a copy of the judgment.

The High Court Legal Services Committee has received Kasab’s application which is likely to be placed before Acting Chief Justice JN Patel – the patron in chief of Maharashtra State Legal Services Authority.

Kasab also requested that a lawyer from the legal aid panel be appointed to represent him in the high court.