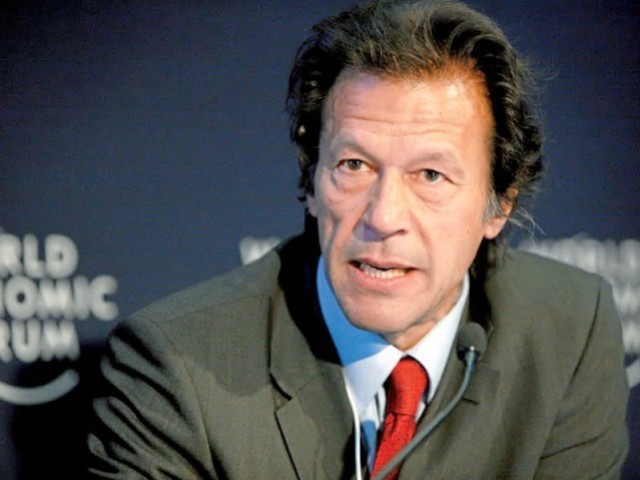 In the Indian movie 100 Days, which was an unofficial adaptation of Italian giallo film Sette note in nero, Madhuri Dixit is a woman with extrasensory perception, meaning the power of intuition, the power to see things that would happen in future. The good news is that we in Pakistan did not need extrasensory perception powers to foresee that Imran Khan’s first 100 days won’t be an impeccable success story. The bad news is that we stayed totally inside the box. The debate between the opposite sides was whether or not Imran Khan fulfilled what he promised. Let me assure everyone at the outset that as long as the debate remains between those two sides, this nation won’t get anywhere near real and sustainable success.

The question should not be whether or not Imran Khan achieved what he promised. The real question should be: Why would a new government be expected to give results in 100 days? Somehow, that question never arose. Good policies are made with time, energy, and patience. Implementing them requires time. Legislation requires time and effort. They bear fruit with time. Imran Khan should stop being a magician and start being himself. He is a winner and he should very well know that achievement takes time. The nation has entrusted him with the highest office in the country. Now, it is his job to work towards real and sustainable success for Pakistan. He made the first cancer hospital of Pakistan which is a work of excellence in itself. He, of all people, should very well know that cancer is never cured by painkillers.

Imran Khan had been a cricket player. He always argued that a cricketer’s performance, temperament, strategy, tactics, pressure handling, and consistency can actually be judged in Test cricket. The longest version of the sport is slow, and requires patience and strategy to achieve results that are not instant. However, when it comes to politics, Imran Khan seems to believe in T-20 approach. He has set the expectation bar so high matching which becomes almost impossible. That expectation has created a tendency in people, which resembles Pakistan’s education system where a student’s fate, regardless of how dull or bright he or she is, is decided on the basis of what happens on one single day of the exam, discounting all of his or her previous work, efforts, habits, dedication, and temperament.

The noise emanating from various anchors and analysts in the media is laughable. There is just one argument with two fictional sides — Did Imran Khan fulfil his promises? Did he take a U-turn? Is this government failing or not? The saddest part is that people tend to follow whatever narrative is set for them by the media. Anyone with some traces of common sense left or whose grey cells are still working would either laugh or ask just one plain question from all those posing as analysts or experts — Are you people insane or is this lifafa thing I keep hearing about actually true? Either one is not a good place to be in.

As for Imran Khan, I would say, you are not a used-car salesman or an insurance salesman with monthly and quarterly goals to achieve. You are a leader with a vision. Stick to it.

Lastly, Mr Prime Minister, I want to remind you of what Henry Ford, the founder of Ford motor company, is quoted to have said: “If I had asked people what they wanted, they would have said faster horses.” And I also want to quote Steve Jobs for you who said: “Don’t let the noise of other’s opinions drown out your own inner voice. And most importantly, have the courage to follow your heart and intuition.”

Pakistan and the New Cold War