The tax requir­es the suppor­t of all 28 EU states­
By Reuters
Published: December 5, 2018
Tweet Email 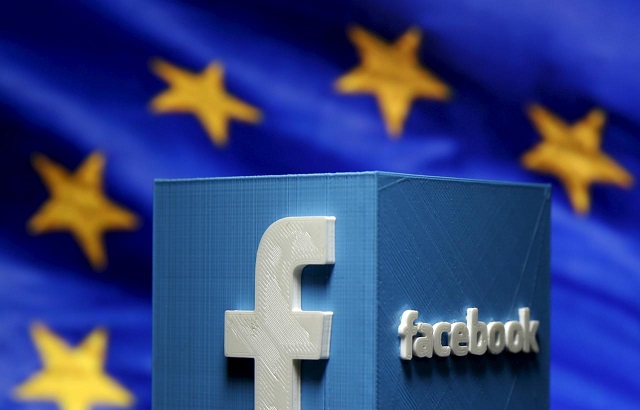 A 3D-printed Facebook logo is seen in front of the logo of the European Union in this picture illustration made in Zenica, Bosnia and Herzegovina on May 15, 2015. PHOTO: REUTERS

BRUSSELS: European Union finance ministers failed to agree on a tax on digital revenues on Tuesday, despite a last-minute Franco-German plan to salvage the proposal by narrowing its focus to companies like Google and Facebook.

The European Union’s executive arm proposed a 3 per cent tax on big digital firms’ online revenues in March, alleging the companies funneled profit through states with the lowest tax rates.

The tax requires the support of all 28 EU states, including small, low-tax countries like Ireland which have benefited by allowing multinationals to book profits there on digital sales to customers elsewhere in the European Union.

The setback is a blow to French President Emmanuel Macron, as his government had invested considerable political capital in the tax. It is also seen in Paris as a useful example of joint European action before EU parliament elections next year.

In the original European Commission proposal, the tax was intended to be a temporary “quick fix” until a broader solution could be found among the OECD members.

But this was opposed by Ireland and some Nordic countries, leading French and German finance ministers to focus solely on online advertising revenues instead.

While this met with misgivings and outright opposition from at least four other ministers at a meeting in Brussels, they agreed to keep talking, said Austrian Finance Minister Hartwig Loeger, whose country holds the rotating EU presidency.

A broader turnover tax on firms with significant digital revenues in Europe would have hit companies such as Apple and Amazon harder, but the Franco-German proposal would not cover data sales and online marketplaces.

“I continue to have strong principled concerns about this policy direction,” Irish Finance Minister Paschal Donohoe told his EU counterparts in a debate on the tax.

US lawmaker Kevin Brady, chairman of the tax-writing Ways and Means Committee in the House of Representatives, welcomed the failure of the proposal, calling the tax a “revenue grab” aimed at an industry dominated by American firms.

“Rather than pursuing measures like this that would result in double taxation,” he said, “countries should continue working together through the OECD framework on the important global dialogue regarding the digital economy.”

Companies with big online advertising operations like Google and Facebook would be most affected by the Franco-German proposal as they make up the majority of the market in Europe.

Under this proposal, the tax would not come into force until January 2021, and only if no international solution has been found. Paris and Berlin proposed that it expire by 2025 in a move aimed at appeasing concerns that it may become permanent.

The Austrian presidency has been trying to reach a deal on the tax by the end of the year, while the Franco-German proposal calls for a deal by March.

“Don’t expect us to solve the challenge of a generation in a couple weeks or months,” French Finance Minister Bruno Le Maire said, adding the Franco-German proposal could still yield a deal.