The newlyweds are yet to address the issues

PHOTO: IBTIMES
Social media users have frowned upon the use of firecrackers at the wedding celebrations of Bollywood star Priyanka Chopra and American singer Nick Jonas in Jodhpur.

Twitterati has lashed out on the former Miss World, calling her a hypocrite for the display of fireworks at their festivities. 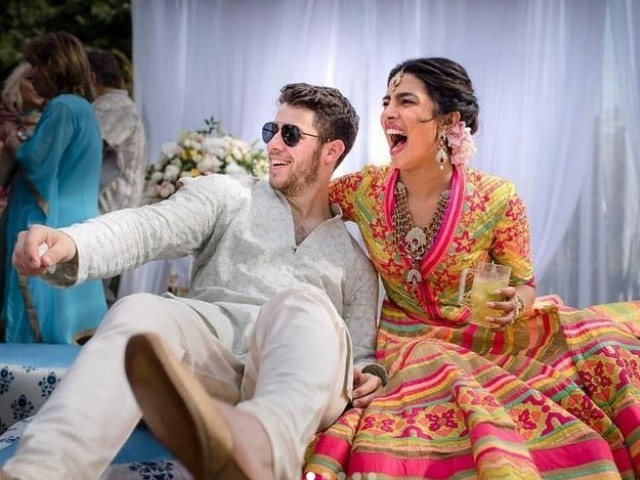 Many pointed out the Bajirao Mastani star's “double standards” too. During Diwali this year, Priyanka, who is asthmatic herself, reportedly urged people to follow the ‘Less pollution, more laddoos’ policy for the festival of lights.

Stating that they were worried about the impact on the environment, critics mocked Priyanka for being an ambassador for Breathefree, a public service initiative for asthma patients. The 36-year-old starlet also appeared in recent advertisements promoting firecracker-free Deepawalis, The Hindu entertainment portal reported. 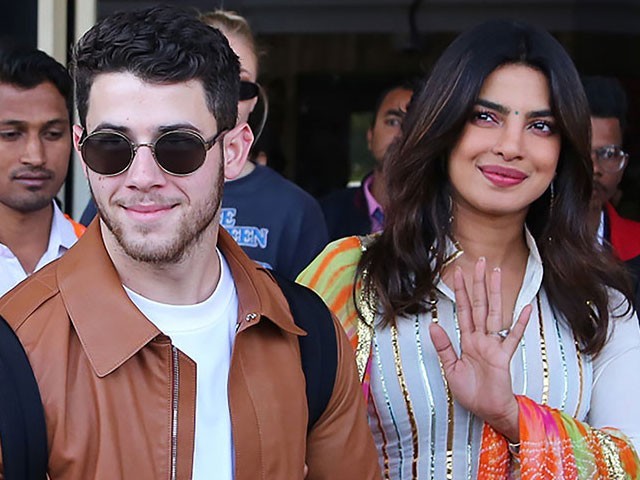 "I am guessing the fireworks at Priyanka Chopra's wedding were as sweet and nonpolluting as the laddoos!" a journalist wrote.

Yes, arrest the innocent father of minor kids who light two boxes of sparklers at 7.30 pm in Delhi, but when it comes to @priyankachopra’s wedding, ‘the glow of the fireworks’ looks stunning!! https://t.co/62ozcV3ahd

"When Priyanka Chopra and Deepika Padukone get married, massive fireworks went through. Disclaimer in small fonts: No dog heard it. No bird felt afraid during night time. Oxygen oozed as a result of fireworks," one user commented.

When Priyanka Chopra and Deepika Padukone get married, massive fireworks went through.

Disclaimer in small fonts:
1) No dog heard it.
2) No bird felt afraid during night time.
3) Oxygen oozed as a result of fireworks.
4) All heart patients and asthma patients applauded!

"Thank you Priyanka for bursting myth about crackers causing pollution when you burst crackers happily in abundance at your own wedding. Next Diwali when paid bigots lecture “no cracker blah” we will throw your wedding fireworks videos on their faces," wrote another.

Thank you Priyanka for bursting myth about crackers causing pollution when you burst crackers happily in abundance at your wedding👌
Next Diwali when paid bollyt$rds hinduph*bes bigots lecture “no cracker blah” we will throw your wedding fireworks vid on their face#berokzindagi pic.twitter.com/sljWiP5gRo

"What it actually is - a wedding or a hypocrisy? Few months back Priyanka Chopra herself urged in her anti pollution campaign to not use crackers on Diwali. But on her own wedding she displayed spectacular fireworks, which worsened the condition of pollution in Jodhpur," noted a Twitter user.

"Priyanka Chopra is one of those pseudo-environmentalist who advocates fire-cracker free Diwali. Why are people from the film such hypocrites? Heard that these fireworks in their marriages produce oxygen," it added.

Priyanka Chopra is one of those pseudo-enviromentalist who advocates fire-cracker free Diwali.

Why people from film industry are so hypocrite?

"Heard that this fireworks in their marriage produce oxygen" pic.twitter.com/Sh5YQqCRns

"Reports coming in that last night fireworks at Priyanka Chopra's wedding cured asthma of a lot of Jodhpur people," one user tweeted.

Reports coming in that last night fireworks at @priyankachopra's wedding cured asthama of a lot of Jodhpur people.

And, it didn't end just there.

Animal rights organisation PETA has also  raised concern about the use of a horse and elephant at their nuptials.

“Dear Priyanka Chopra and Nick Jonas. Elephants for weddings live in chains and horses are controlled with whips, spiked bits. People are rejecting elephant rides and having horse-free weddings. Congrats, but we regret it was not a happy day for animals,” PETA India posted on Twitter on Monday, a day after the two celebrities got married in a traditional Hindu ceremony.

Nick is said to have arrived on a horseback for the wedding. The newlyweds are yet to address the matter.

The couple had a three-day wedding extravaganza at Jodhpur’s Umaid Bhawan Palace. It was complete with a colourful mehendi gala, a friendly cricket match, a sangeet function and two weddings comprising their respective customs. The celebrations were attended by close family and friends.

A reception is scheduled to take place in New Delhi today.

Bunny Rabbit | 2 years ago | Reply Those who think the stars actually belive in their endorsements are the real fools . Why blame only her , per se ?
Replying to X
Saved ! Your comment will be displayed after the approval.
Error !
Error! Invalid Email.