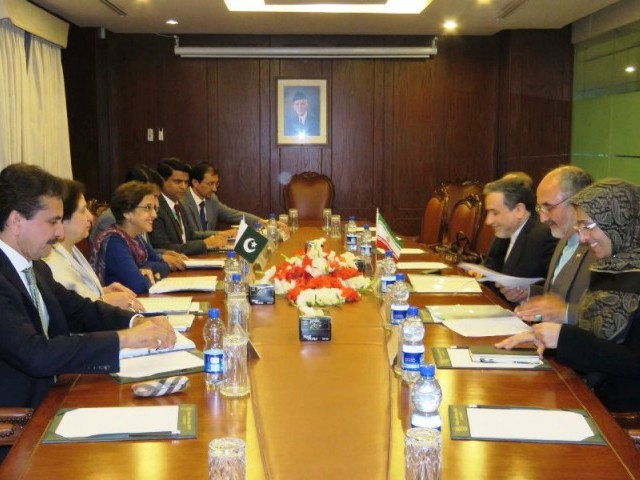 A working group comprising Pakistan and Iran officials has stressed on peace and reconciliation process in Afghanistan to overcome the “serious security and politico-economic challenges” faced by the region, Radio Pakistan reported.

The deliberation was made during the 10th round of Pak-Iran political consultations in Islamabad. The Pakistani delegation was led by Foreign Secretary Tehmina Janjua while Iran was represented by its Deputy Foreign Minister Syed Abbas Aragchi.

During the meeting, both sides agreed on a coordinated approach pertaining to Afghan conflict to safeguard interests of Islamabad and Tehran. Matters pertaining to United State’s withdrawal from the nuclear deal, conflict in the Middle East and violation of human rights in Kashmir were also discussed.

Furthering, the two sides mulled on measures to enhance bilateral trade to achieve the annual target of $5billion through facilitation of business communities, scaling down of trade barriers and facilitating preferential trade. Easing travel for the growing number of Pakistani pilgrims to Iran and a better railway system was also highlighted.