British couple get happy ending to engagement ring disaster in US

Couple rejoices as NYPD steps in to recover the lost ring

For many visitors to New York, Times Square is a must-see. For one British man, it was where his romantic marriage proposal went horribly wrong - the diamond ring fell through a grate.

But don't worry, thanks to the power of the internet, the story has a happy ending.

John Drennan got down on bended knee to ask his girlfriend of 10 years, Daniella Anthony, to marry him in New York's Central Park. She said yes.

But the ring was the wrong size, the couple told the BBC. "I tried to tell John it was too big, but he insisted I wear it," Anthony said.

As the couple walked through Times Square later on, the sparkling diamond ring fell off and - plop! - it fell through a grate.

"We were walking back to the hotel. I can still visualise the ring. Bouncing onceâ¦ bouncing twice and then it was gone," Drennan said. 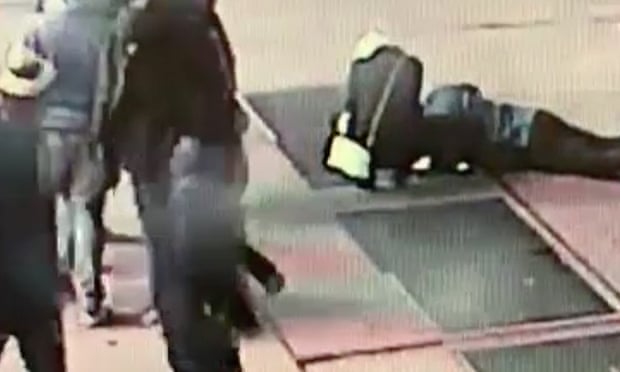 
Enter the power of the internet.

The couple called police, who opened the grate and hunted for hours. No luck. So Drennan and Anthony headed home and planned to buy a new ring.

Ghotki couple chain themselves outside SC

But in the interim, the New York Police Department had located the bauble after all, and launched a social media campaign Saturday to find the couple, with pictures of them both and the ring.

Police even had the ring cleaned. And on Sunday, the mystery was solved.

"The (now) happy couple is back in their home country, but thanks to your retweets they heard we were looking for them! We're making arrangements to get them their ring back. Congratulations!" the NYPD said on Twitter.

"We don't use Twitter - had absolutely no idea this was going on. But we are so happy," Anthony told the BBC.

Couple caught with 242 bottles of liquor on Peshawar-Islamabad Motorway

Sikh girl offers her kidney to a Muslim friend in IoK