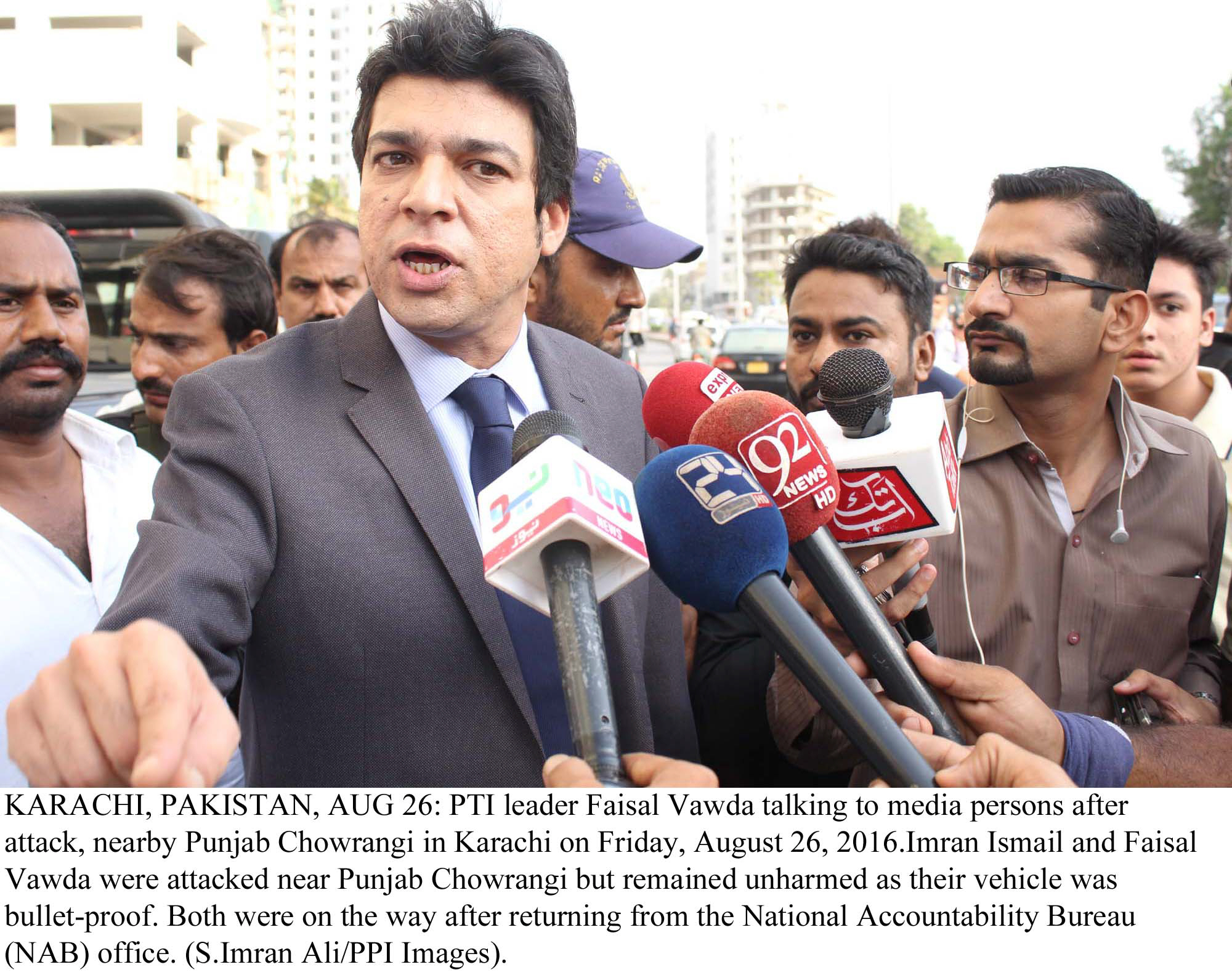 LAHORE: Minister for Water Resources Faisal Vawda hopes to take India on board for resolution of the water crisis but says no compromise will be made on the dignity and sovereignty of Pakistan.

While speaking to the media here on Sunday, Vawda said the Pakistan Tehreek-e-Insaf government has its policies on the right track to resolve issues facing the country, assuring his ministry will try to resolve the water issue through consensus and talks.

“I will solve the matter even if it takes five, ten or twenty options but there will be no compromise on the country’s dignity, its flag and sovereignty,” said the water resources minister.

The PTI leader said he had also spoken to the Punjab Chief Minister Usman Buzdar and lauded the Punjab government for its support and the province’s role of being the eldest brother.

He also expressed the need to improve jail conditions in all provinces.

“We have achieved a lot in the hundred days and are currently working on how to reduce the exchange rate for dollar,” assured the federal minister after the recent dollar hike, adding the country will soon be put in position no one would have imagined.  “Surge in dollar price is a temporary phenomenon which will hopefully be under control shortly”.

Meanwhile, talking about the Pakistan Peoples Party, the federal minister said the government will not respond to its allegations and comments as those who made fun of PTI and its leadership had already received their answer on July 25. “PPP has been restricted to a single province and by the next elections we will cut it down to only a street,” said Vawda.

“Prime Minister Imran Khan has always led from the front be it the World Cup or Shaukat Khannum Hospital,” he said assuring the premier will soon take Pakistan to new heights.

The federal minister further talked about the economic situation facing the country, saying the government has the option to take loans and cut prices by half, “but we need to swallow the bitter pill instead”. He explained the government is making some difficult decisions to take the country in a new direction which will ultimately lead Pakistan to an unimaginable position.

‘Arrangements for Hajj pilgrims under way’