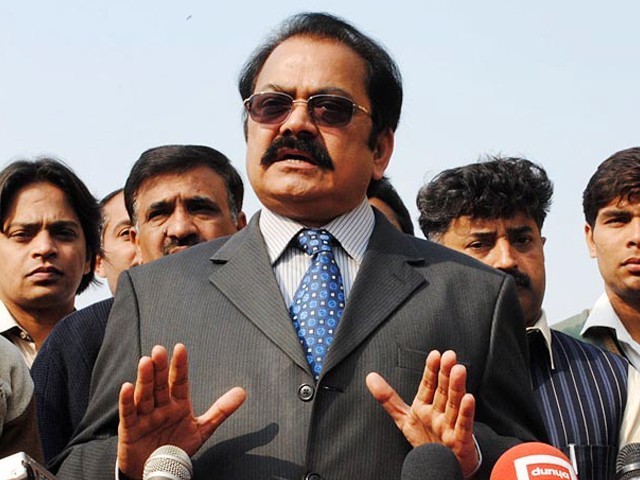 In a statement issued hours after Information Minister Fawad Chaudhry announced that Khadim Hussain Rizvi and Pir Afzal Qadri among other TLP leaders and activists have been charged with treason and terrorism, the former Punjab law minister said ‘this mishandling of such a sensitive issue can backfire’.

Interestingly, the Pakistan Muslim League-Nawaz leaders had strongly criticised the government for letting the TLP miscreants off the hook with a mere agreement in the backdrop of the claims made by Prime Minister Imran Khan, who during a public address vowed to take an uncompromising position for establishing the writ of the state.

According to the PML-N leader, the situation could have been tackled in ‘some other fashion’. He claimed the TLP was created to damage PML-N and benefit PTI, adding that those who created the faction are now shutting it down as the purpose was served.

Sanaullah said the government needs to understand that there are some people in this faction who genuinely believe in the cause of TLP. He said that to find a wise solution for this problem, the government should have taken all the stakeholders into confidence.

Meanwhile, Awami National Party (ANP) spokesperson Zahid Khan lauded the government’s decision to register cases against the TLP leadership. He, however, criticised the ruling party for supporting the TLP and employing similar tactics against the elected government in the past.

In a statement, he said that PM Imran Khan-led Pakistan Tehreek-e-Insaf’s attack on the parliament and siege of the PTV headquarters in Islamabad were acts of terrorism. The ANP leader also questioned motive behind distributing cash among the TLP protesters who had shut down Faizabad interchange in 2014.

It seems, he added, the state institutions have now understood they have to restrain mobs similar to TLP.

Zahid Khan urged the government, PM Imran and the institutions to apologise to the nation on supporting the TLP in the past.

He reiterated that the ANP believes in non-violent politics, and added that the freedom of press and supremacy of parliament are important. Zahid urged the information minister to respond to the notion that the media was facing unannounced censorship in the country.