Gen Bipin Rawat had said that Pakist­an will have to become a secula­r state to coexis­t peacef­ully with India
By News Desk
Published: December 1, 2018
Tweet Email 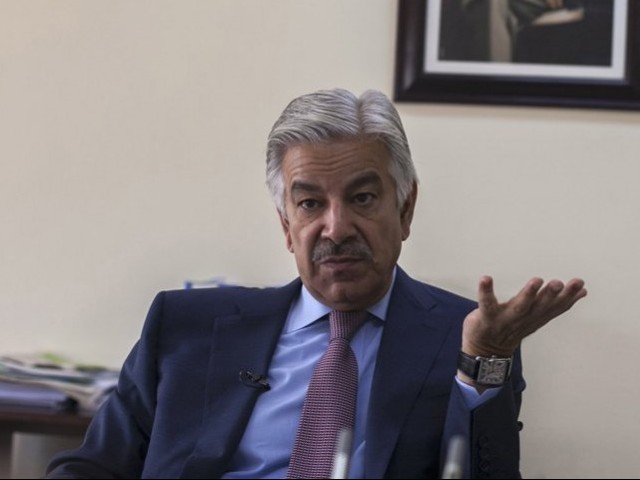 Pakistan Muslim League-Nawaz (PML-N) senior leader Khawaja Asif on Saturday lashed out at the Indian army chief for his recent statement, in which he urged Pakistan to ‘turn secular’.

“Behind the facade of secularism Hindutva rules..state sponsored terrorism reigns from Kashmir to Manipur and Nagaland … where minorities arer burnt alive … caste system brutally practiced … life of cow is sacred and humans are lynched … lanat hai tere secularism par (keep your secularism to yourself),” said the Pakistani politician in a tweet.

On Friday, General Bipin Rawat had said that Pakistan will have to become a secular state to coexist peacefully with India.

Army prepared to respond to any threat on borders: Gen Qamar

The remarks were made only two days after Pakistan extended an olive branch to the neighbouring country by doing groundbreaking of Kartarpur border corridor in a bid to ease Indian pilgrims’ visit to the shrine of Guru Nanak Devji, the founder of the Sikh faith.

Addressing the ceremony, in which along with other guests Indian ministers were also present, Prime Minister Imran Khan had proposed that if France and Germany can live in peace then why India and Pakistan can’t do the same.