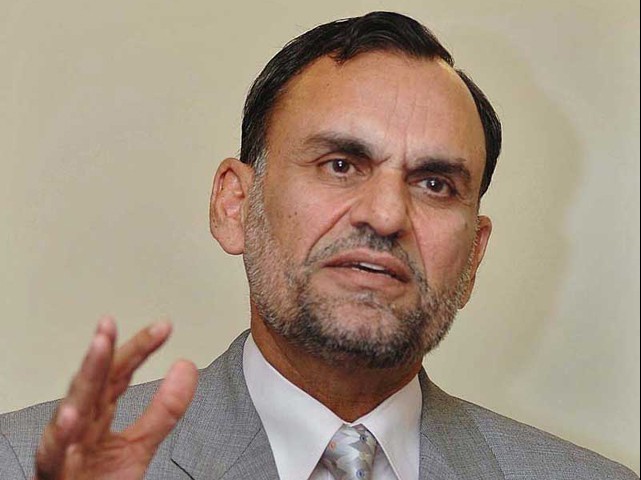 ISLAMABAD: The Pakistan Tehreek-e-Insaf (PTI) government claims to have retrieved thousands of acres of encroached land in its first 100 days but a joint investigation team (JIT) has told the apex court that Federal Minister Azam Swati has encroached on 12.69 kanals of land in the federal capital.

The three-member JIT, formed by the Supreme Court  to probe role of Swati in alleged transfer of Islamabad police chief and properties in his possession, submitted three reports to the SC, one of which said Swati’s encroachments include illegal constructions, fencings, pillars and a fish pond.

The JIT’s main report submitted on Thursday accused the federal minister of misusing his authority that led to police taking discriminatory action against some private citizens, whose cow allegedly entered and grazed in Swati’s properties.

“The sole purpose of allocating the Angro farm house was to provide the city with daily supplies of fresh vegetables, poultry, dairy, fruits, fish and flowers. However, purpose and spirit behind the allotment of said farm house has been grossly violated right under the nose of CDA [Capital Development Authority ] not only in this case of farm house No 71 [owned by Swati] but also in every farm house.

However, it said, a buildup structure measuring 3.13 marlas exists on back side of the plot that is on the CDA land and a room measuring 5.35 marlas has also been constructed on the CDA land.

“One gate is also fixed on left side boundary wall without approval of the CDA that gate is right in front of encroached buildup structure.  Likewise, the team found that Swati illegally constructed fish pond on 1.20 kanals of land,” it said.

About violation inside the boundary wall of the farm house, the JIT revealed that construction of basement is illegal and it was not allowed or approved in the building plan. The servant quarters, kitchen and tractor trolley shed which were part of the plan are not constructed.

The team said demolish-able area in basement and ground floor is 733 sq ft. Demolish-able area of basement beyond plinth level is 3739 sq ft. An area of 0.14 kanal of the CDA land has been encroached on through erecting boundary wall at back side of the plot, it said.

According to the report, the CDA just issued two notices against the violations respectively in January 2016 and on November 6 this year after the apex court took notice of the case.

“The purpose and spirit behind this scheme of farm houses has been grossly violated right under the nose of the CDA not only in this case but also in every farm house.” It said the CDA has failed to take tangible measures and issued notices occasionally with no follow up action.

The JIT said the family of Niaz Muhammad against whom Swati allegedly used police is also living on an encroached area in a temporary building situated in the Orchard scheme.