‘Work on Diamer Bhasha dam to start from May 2019’

‘Work on Diamer Bhasha dam to start from May 2019’

Wapda says constr­uction of Mohman­d dam also to start from Feb next year
By Our Correspondent
Published: November 29, 2018
Tweet Email 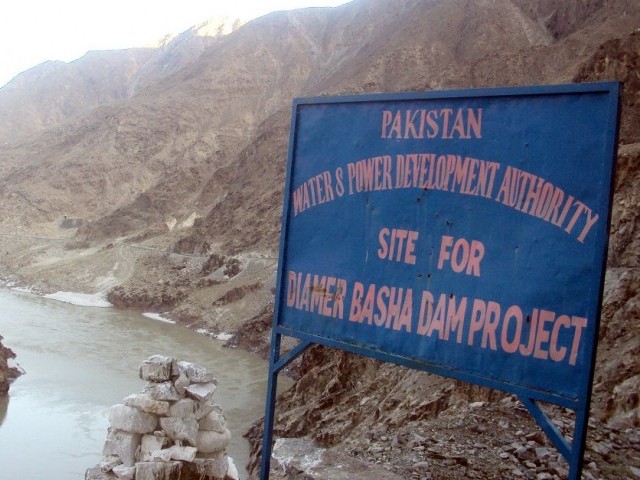 Briefing the Senate panel, he said Balochistan government did not have the network to distribute 74,000-acre feet water of Kichhi Kanal.

He said Wapda has completed various overdue projects in the last two years including Tarbella-IV, Golan Gol, Neelmu-Jhelum despite severe issues of scarcity of funds. Massive liabilities of Wapda could not be cleared in five years period despite not starting the new projects during the period.

“Wapda has asked Balochistan government to assign it the task to construct Naulong Dam,” he added.

Work on Mohmand, Diamer-Bhasha dams to start in FY19

He said during an earlier year of the country, Wapda had completed 12 projects in 12 years as funds were available in abundance. Brushing aside the allegations of neglecting Balochistan, he said out of 81 Public Sector Development Programmes (PSDP) projects, 36 are situated in Balochistan.

Out of the 36 projects of Balochistan, 32 projects were approved in the PSDP. Rs22 billion have so far been spent on constructing water reservoirs [in the province] and Rs47.3 billion would be spent during the current year, he said.

The official told the Senate body that the cost of K-4 project of Karachi had jumped up from Rs14 billion to Rs74 billion. The project would not complete in the next 20 years if funds are not available, he added.

Senator Hasil Bazinjo of the National Party urged that the PM-Chief Justice fund for construction of Mohmand and Diamer-Bhasha dams should be diverted to complete 100 dams in Balochistan.

Senator Usman Kakar said over 12 million acre water was getting wasted in Balochistan and Rs500 billion were needed to build reservoirs in the province. The water reservoir projects should be included in the China-Pakistan Economic Corridor (CPEC), he added.

Senator Dr Jehanzeb Jamaldini of the Balochistan National Party directed the Ministry of Water Resources to give feasibility of constructing only one dam in the province. The meeting was told by officials that during the last financial year, Rs35 million had been spent for constructing Khazana Dam.

This year Rs4 billion has been allocated out of which 8 million have so far been released. The committee was informed that work on Naulong Dam has been over-delayed.

The Asian Development Bank had agreed to provide funds with the condition to construct distribution network first. However, the provincial government has not yet constructed the distribution system.

Wapda chairman said the process to prepare PC-I for construction of Bara dam was initiated in 2002, adding that 6MW electricity will be produced from the dam.

Tenders were issued in December 2009 and April 2010, but no bid was received. The cost has increased manifold in PC-II of the project which has been deposited in Ministry of Water Resources, they said.

The chairman of the committee approved constituting a committee for changing the venue of Khazana dam. The committee recommended completing one or two dams in Balochistan on a priority basis.