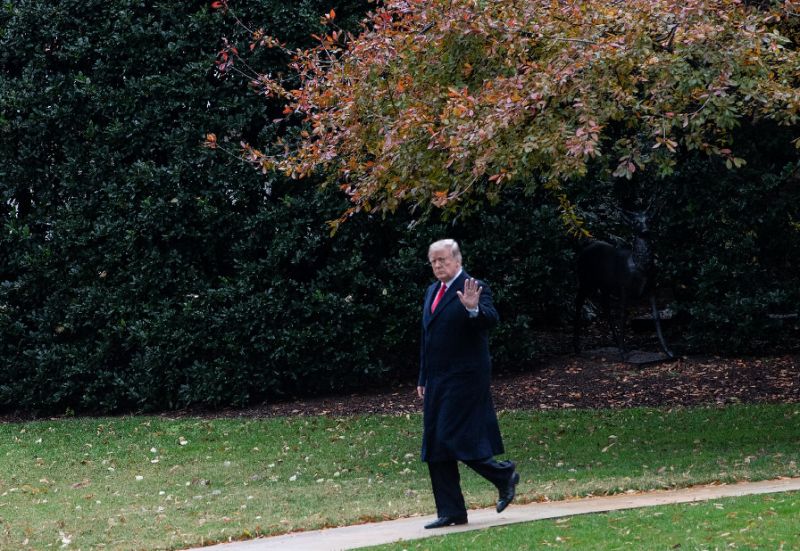 US President Donald Trump is warning that the Brexit deal struck with the European Union could hamper trade between London and Washington. PHOTO AFP

WASHINGTON DC: President Donald Trump warned on Monday that the deal taking Britain out of the European Union may inadvertently hamper trade between London and Washington.

“Sounds like a great deal for the EU,” he said at the White House, before adding that “we have to take a look at seriously whether or not the UK is allowed to trade.”

“You know, right now, if you look at the deal, they may not be able to trade with us, and that wouldn’t be a good thing,” he said.

“I don’t think they want that at all. That would be a very big negative for the deal.”

He expressed hope that Prime Minister Theresa May will “be able to do something about that.”

The British leader on Sunday closed 17 months of complex talks with Brussels by sealing Brexit arrangements with the 27 other EU heads of state and government.

However, May faces a difficult task getting parliamentary approval for the deal.