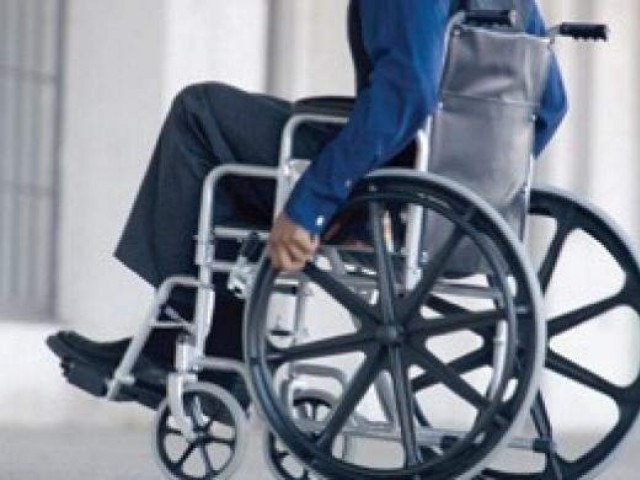 ISLAMABAD: The top court has summoned on December 3 all chief secretaries and secretary establishment for not adhering to job quota for persons with disabilities (PWDs). December 3 is also the International Day of Disabled Persons.

Additional Attorney General Sajid Ilyas Bhatti informed the bench that three provinces – Punjab, Khyber Pakhtunkhwa (K-P) and Balochistan – have submitted their compliance reports along with affidavits but no report is submitted by Sindh. The bench noted that all the reports are general in nature and the top court’s November 18 order has not been complied with.

Punjab Assistant Advocate General Tariq Mehmood Butt said The Disabled Persons’ (Employment and Rehabilitation) Ordinance was promulgated in 1981. After the 18th amendment, necessary amendments were incorporated in the Ordinance of 1981.

He submitted a report stating that the people with disabilities, who are assessed and declared as disabled by the District Assessment Boards (DABs) and the Provincial Assessing Committee (PAC), become entitled to receive some benefit.

These benefits include financial help and job placement against 3% disabled quota. It said to date 1,89,312 persons with disabilities have been registered by the Social Welfare & Baitul Maal Department.

“On application, skilled persons with disabilities are being referred to Akhuwat for micro loaning to generate self-employment. To date 3,057 PWDs have benefited by Akhuwat initiative,” it stated.

It further stated that Social Protection Authority has given ‘Khidmat Card’ to more than 80,000 PWDs. It said age limit has also been relaxed up to 10 years for entering government service while the PPSC has also waived the admission fee for persons with disabilities.

“A helper is allowed to sit in competitive exams with blind applicants. There is no age limit for taking admission in any educational institute of Punjab while all educational charges including tuition fee, hostel fee and utility charges have been waived for PWDs including visually impaired persons.”

The K-P’s law officer Zahid Qureshi also submitted a report stating that the provincial information department has been advised not to float any advertisement of vacant posts of the department unless the provision of 2% quota for disabled has not reserved adding that all the heads of administrative departments have been advised to fulfill the requirement under 2% reserved quota.

Justice Saeed observed that the affidavits of provinces are not acceptable as these do not contain the required information sought by the court. He later summoned all chief secretaries and secretary establishment.