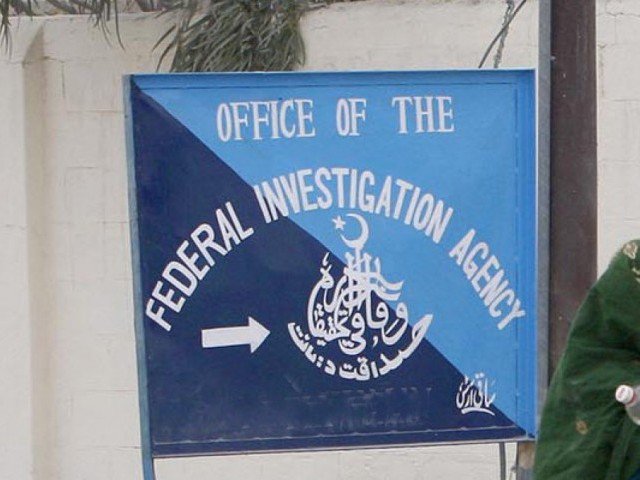 KARACHI: An anti-terrorism court (ATC) restrained the Federal Investigation Agency (FIA) from arresting former Muttahida Qaumi Movement (MQM) senator Ahmed Ali till December 21. The former senator is allegedly involved in the money laundering case pertaining to Khidmat-e-Khalq Foundation (KKF). Ali and his advocate, Barrister Latif Khosa, were present at the hearing along with Investigation Officer (IO) Imam Baksh, Karachi Legal Assistant Director Nakhtiar Channa and other officers. Baksh told the court that Ali has been extending full cooperation in the investigations. He said that further investigation is needed to ascertain foreign accounts of the former senator and documents presented by Ali are being scrutinised as well. The IO requested more time from the court to obtain key evidence. The court asked Ali whether he had any complaints against FIA to which he replied that the FIA had called him on Sunday morning and questioned him for six hours. The court expressed its anger at FIA officials and remarked that Sunday is a holiday. The court gave directives that FIA officials should not call suspects on Saturday or Sunday as they are family days. Granting time to FIA officials the court restrained the arrest of Ali till December 21.  According to the FIA, Ali is allegedly accused of money laundering worth millions of rupees. MQM founder and former MQM senator Babar Ghauri have been declared fugitives in the case.

A special ATC bench declared the statements of police surgeon and medico-legal officer (MLO) inadmissible in the case pertaining to police encounters and illegal weapons. The court issued show cause notice to the healthy secretary on the absence of the police surgeon and the MLO. The court directed the health secretary to present himself on the next hearing on November 28 along with the police surgeon and the MLO. On November 20 the court had issued a show cause notice to the police surgeon and on November 12, the court had also issued notices to the MLO asking him to abide by the court’s orders.  However, both the officers ignored the court’s directives and did not show up for the hearing. Cases against the accused regarding police encounter and illegal possession of weapons are registered at the Aziz Bhatti police station.

The ATC adjourned the hearing in the murder case of former senior superintendent of police (SSP) Chaudhry Aslam until the appointment of the IO. Suspects Zafar alias Sayeen and Obaid alias Aabi were produced before the court.

The prosecution told the court that the IO for the case had retired and the court was requested to adjourn hearings till a new officer is appointed. The court adjourned hearings until December 5 and declared leaders of banned outfit, Tehreek-e-Taliban, Mullah Fazalullah and Shahidullah Shahid as absconders. The suspects were arrested by the counter terrorism department (CTD) police. According to police, the suspects have confessed to be involved in reconnaissance and facilitation of the former SSP, Aslam, who along with his comrades was killed in a bomb blast on January 9, 2014.

A special bench of ATC recorded the statements of ten witnesses in the Baldia factory fire incident and advised the prosecution to present more witnesses in the next hearing. Suspects Rehman Bhola and Zubair Charya, affiliated with MQM-P, were presented before the court. The court admitted the exemption request by Rauf Siddiqui while ten more witnesses, representing family members of the deceased, had their statements recorded. In their statements, the witnesses told the court that they got news of the fire through media. The court adjourned hearing till December 1. The prosecution has nominated a total of 720 witnesses in the case.

An anti-terrorism court (ATC) sentenced culprit Thomas Maseeh alias Bali in armed robbery cases 15 years imprisonment and imposed a fine of Rs70,000. The culprit had been apprehended from the remits of the Frere police station by Rangers while he was robbing a woman. Weapons had also been recovered from the culprit. He was sentenced by the judge of special court number 1 of ATC after guilt was established.

PPP will not move against govt: Khursheed Shah