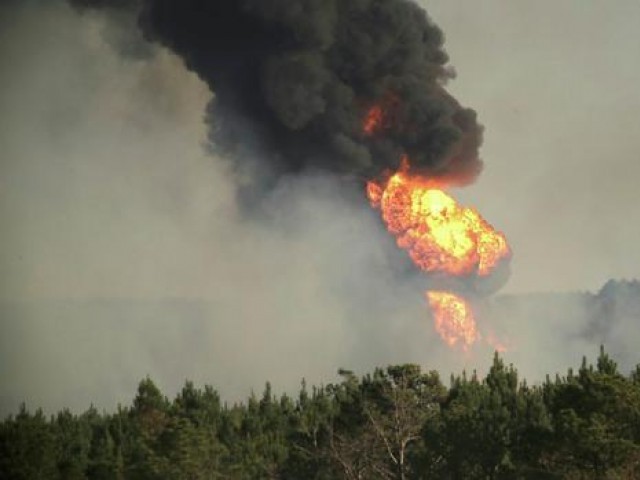 WANA: At least two Haqqani Network militants, including its commander Jamshid Haqqani, were killed and 12 others injured in a bomb attack on its hideout (office) in Wana on Thursday.

Locals told The Express Tribune over telephone that unidentified armed men planted a remote-controlled improvised explosive device (IED) in front of the office at night. The bomb went off when the commander visited the office.

The demise of Jamshid and number of wounded men was confirmed by a souce in the local hospital.

The security forces carried out a search operation in the area after the blast; however, no information about any arrest was shared with the media till the filing of this news story.

It is pertinent to mention that the Turabi group of militants, which keeps close links with the Haqqani Network, had been reorganised in South Waziristan a few weeks ago and established offices in the Wana bazaar and its surrounding areas.