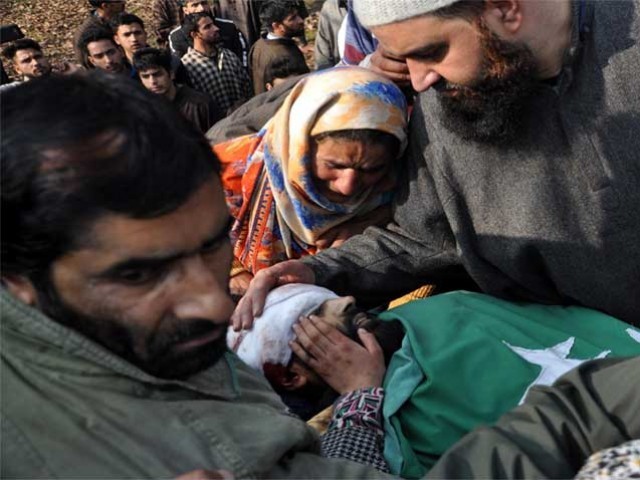 Occupational forces reportedly barged into Hafeezullah’s house in Achabal and opened indiscriminate fire, injuring him and his wife.

They were rushed to the nearby hospital where the doctors pronounced Hafeezullah dead.

The Foreign Office on Wednesday condemned the brutal killing of the Kashmiri leader along with continuing Indian atrocities in the Indian-occupied Kashmir.

#Pakistan strongly condemns the brutal assassination of Kashmiri leader Hafizullah Mir and the continuing indian atrocities in IOK including the killing of 3 Kashmiris & injuries to 8 others, including 3 girls yesterday by Indian occupation forces #Kashmirbleeds (1/2)

Hurriyat leaders and organisations in their separate statements strongly condemned the target killing of Hafeezullah.

They were killed during a cordon and search operation in Nadigam area of the district.

The killing of youth triggered anti-India demonstrations in the area. Indian forces fired bullets, pellets and teargas shells on the protesters, injuring many of them including three women.