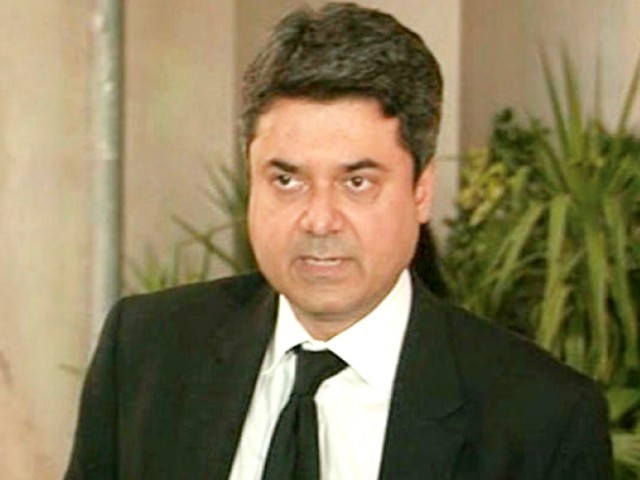 The Asma group had challenged Barrister Naseem’s Pakistan Bar Council membership after his appointment as the federal minister for law.

After rejection of the plea, it is learnt that the Asma group members have started deliberations over approaching the superior courts for Naseem’s de-notification.

The PBC is an apex body of lawyers comprising 23 members elected from all provincial bar councils as well as the Islamabad Bar Council for a period of five years.

Dr Naseem was elected as member of the PBC from Sindh two years ago. Later, he was elected as vice chairman for one year. Nasim was fielded for the VC’s post by the Hamid Khan Group, also known as Professional Group.

PBC Vice Chairman Kamran Murtaza and other group members had written a letter to AGP Mansoor, seeking de-notification of Nasim as PBC member in view of the Supreme Court’s two judgements.

The group, which has two-vote majority in the PBC, cited two precedents for Nasim’s de-notification.

Asma Group member Yaseen Azad revealed that there were two judgements wherein even the prime minister’s adviser was not allowed to practice law, adding that former chief justice Iftikhar Muhammad Chaudhry had stopped Latif Khosa, when he was the PM’s adviser and was appearing in Jamshed Dasti case.

“Likewise, the 17-judge bench of the apex court didn’t allow senior lawyer Kamal Azfar to argue in the National Reconciliation Ordinance (NRO) case as he was also the PM’s adviser at that time,” he added.

They were of the view that once a lawyer held office of profit then he could not practice as a lawyer and his licence would get suspended.

“If a minister does not practice law during his tenure, how he can work as a member of a lawyers’ body,” they added.

Azad also referred to the bar act rule wherein a lawyer could not hold any other profitable office and if he does his licence would be suspended.

He believed that Nasim should also resign as a law minister as he was being investigated by the Federal Investigation Agency in a corruption case.

On the other hand, Shoaib Shaheen Advocate, an active member of the Hamid Khan Group, said, “It’s a malafide move to approach the AGP, seeking de-notification of the law minister.

“There is a precedent wherein Farooq H Naek remained a member of the PBC during his tenure as law minister in 2008-09,” he said, adding that late Ayaz Soomro simultaneously held both the posts – Sindh law minister and Sindh Bar Council member.

It is also to be noted that former AGP Makhdoom Ali Khan had rejected Hamid Khan’s plea seeking de-notification of PBC membership of the then Punjab law minister Rana Ijaz.

Earlier, Naseem had told The Express Tribune that under Article 260 of the Constitution, a law minister could retain his membership of the bar council.