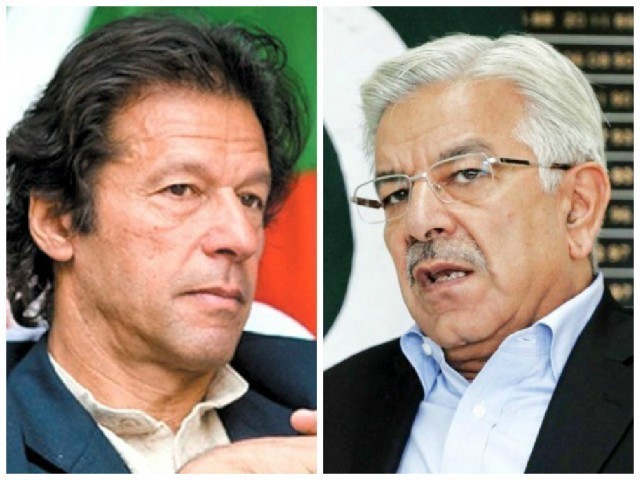 Pakistan Muslim League-Nawaz (PML-N) leader Khawaja Asif on Saturday said that it is only a matter of time before Prime Minister Imran Khan will backtrack on his ‘U-turn’ statement.

The former defence minister hit out at the country’s premier on micro-blogging site, Twitter, saying that,”Imran Khan will backtrack from his U-turn statement, just wait and watch it’s only a matter of time.”

The statement comes in the wake PM Imran defending himself against the opposition’s allegation of taking ‘U-turns’, saying that the person who did not take decisions according to the situation was not a true leader.

Even dictators don’t compare themselves to Hitler or Napoleon: Khursheed Shah

While talking to columnists at the Prime Minister Office on Friday, Imran said that after completing the first 100 days in office, the government would unveil an all-inclusive and comprehensive programme for the country, covering education, health, poverty reduction and other sectors.

“One who doesn’t take decisions according to the demand of the situation is not a true leader. [Adolf] Hitler and Napoleon [Bonaparte] would not have suffered losses if they had taken U-turns,” he said.

However, referring to former prime minister Nawaz Sharif, Imran said Sharif did not take a U-turn in court but he lied in the National Assembly.

PM Imran to leave for UAE on day-long visit today