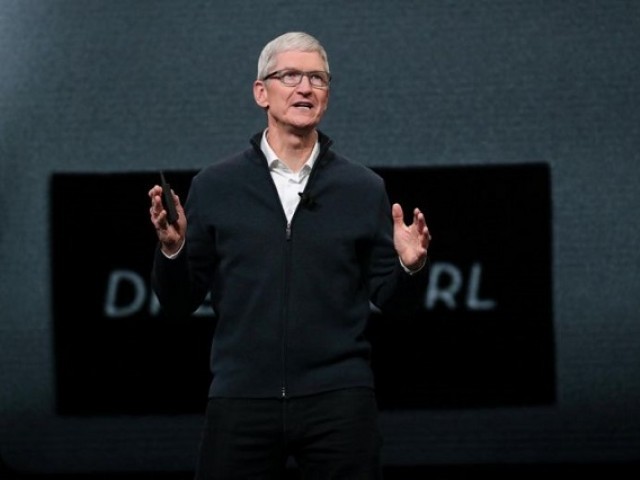 Apple CEO Tim Cook has previously been a proponent of self-regulation, especially where user data protection is concerned. PHOTO: REUTERS

In an interview with news website Axios being broadcast Sunday on HBO television, Cook said he expected the US Congress would take up the matter.

“Generally speaking, I am not a big fan of regulation,” Cook said in an excerpt released by Axios. “I’m a big believer in the free market. But we have to admit when the free market is not working. And it hasn’t worked here. I think it’s inevitable that there will be some level of regulation.

“I think the Congress and the administration at some point will pass something.”

Cook has previously been a proponent of self-regulation, especially as concerns user data protection.

But following the scandal that saw data consultancy Cambridge Analytica obtain data from millions of Facebook users, Cook said the industry was now “beyond” the scope of self-regulation.

Facebook has been trying to fend off concerns about how well it protects user data and defends against the use of the site to spread misinformation aimed at swaying elections.

Controversies that have battered Facebook since the 2016 presidential election in the United States have raised questions over whether co-founder Mark Zuckerberg should keep his post as chief executive.

Turning to gender inequality in the workplace, Cook said the tech industry has generally been strong in diversity, even though a male-dominated culture prevails.

“I agree 100 per cent from a gender point of view that the (Silicon) Valley has missed it, and tech, in general, has missed it,” he said.

However, Cook added, “I’m actually encouraged at this point that there will be a more marked improvement over time.”