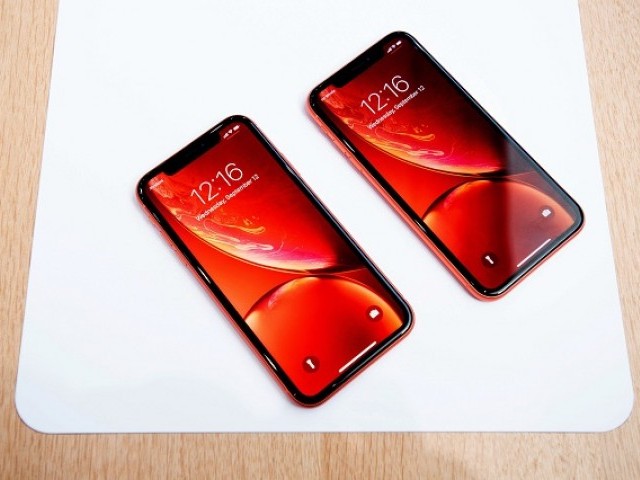 CUPERTINO: Apple unveiled three new iPhones on Wednesday in a bid to maintain its position in the premium smartphone segment, along with new features for its smartwatch that allow users to take their own electrocardiogram or detect a fall.

The California tech giant said it would begin selling its 5.8-inch iPhone XS and 6.5-inch iPhone XS Max later this month, keeping the starting price of the company’s top-end model at $999.

Apple also announced a new iPhone XR starting at $749, available in October, with a 6.1-inch display.

The three phones are updates to last year’s iPhone X (“10”), which marks the 10th anniversary of the smartphone stretching the screen while keeping the overall handset size at or near that of previous models.

The new phones include more powerful processors and cameras, and a dual-SIM for its top-of-the-line devices.

“We are going to take iPhone X to the next level,” chief executive Tim Cook said at a media event at the company’s headquarters in Cupertino, California.

Apple vice president Phil Schiller called the latest models “a huge step forward for the future of the smartphone.”

The September event allows the company to unveil its latest offerings before the key holiday shopping season and comes with the global smartphone market largely saturated. 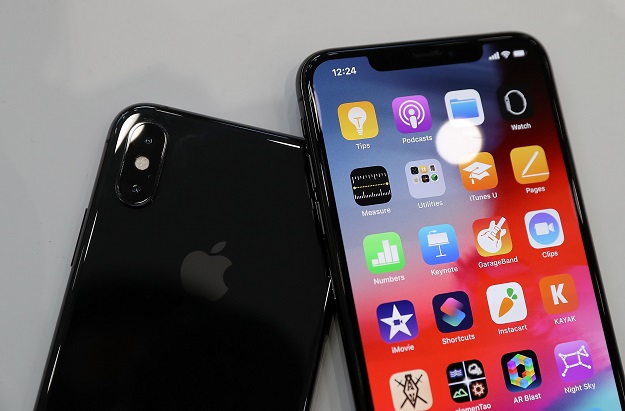 While the iPhone has made Apple the world’s most valuable company, worth more than $1 trillion, it has slipped to third place among smartphone makers as Chinese-based Huawei has grabbed the number two spot behind Samsung.

Avi Greengart of the research firm GlobalData questioned how the XR and XS would fit into the market.

But he predicted the iPhone XS Max would “sell very, very well,” adding: “Even at $1099, the size/user experience differentiation is clear.”

Apple said the XS models would be sold from September 21 and the XR from October 26.

Apple also introduced the fourth generation of Apple Watch with a major redesign — and a series of features designed to improve its performance as a medical and health device.

The watch, sold in the United States from $399 and up, will be available in stores on September 21.

The smartwatches include an accelerometer and gyroscope, which are able to detect hard falls, and an electrical heart rate sensor that can take an electrocardiogram, described as a first for a wearable device.

“This is the first ECG product offered over the counter directly to consumers,” Williams said. 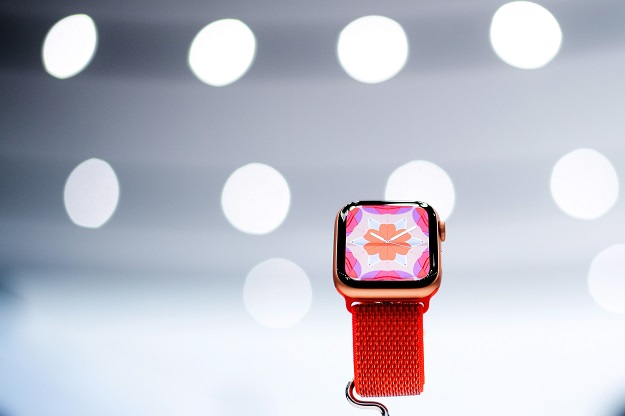 “Now you can take an ECG any time, anywhere, right from the wrist.”

The fall detection upgrade is seen as an important feature for elderly or disabled users.

“Identifying a fall may sound like a straightforward problem, but it requires a lot of data analysis,” Williams said.

If a person falls and then is motionless, the watch will call emergency services, he added.

Moorhead said the health features for the new devices were notable.

“I can see kids buying one for their parents and grandparents,” he said.

“Apple opened the aperture again and I believe Series 4 will sell better than all previous models.”

Research firm CB Insights said Apple is at a “crossroads” a decade after introducing the iPhone.

“Looking for the next wave, Apple is clearly expanding into augmented reality and wearables with the Apple Watch and AirPods wireless headphones,” the firm said.

“But the next ‘big one’ – a success and growth driver on the scale of the iPhone – has not yet been determined. Will it be augmented reality, auto, wearables? Or something else entirely?”

Apple’s event comes with the global smartphone market at near-peak saturation, and without a major catalyst for sales ahead of a likely rollout of 5G, or fifth generation, wireless networks, expected in 2019.

Cook said Apple was nearing the two-billion mark for devices with its mobile operating system known as iOS.

“This is astonishing iOS has changed the way we live.”