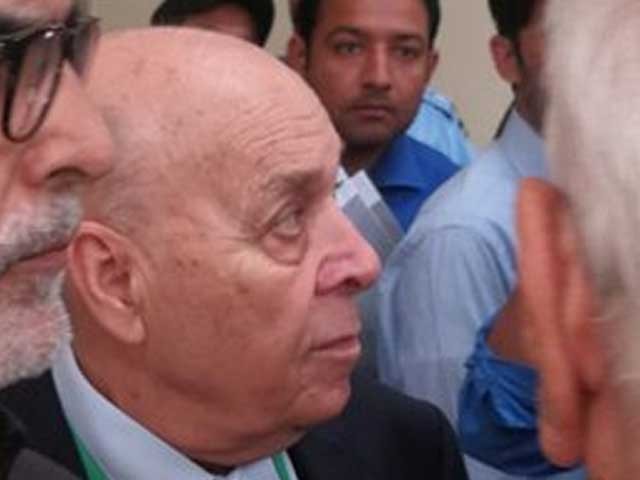 KARACHI: A banking court reserved its verdict on Thursday on the joint-investigation team’s (JIT) plea for permission to interrogate Omni Group Chairperson Anwar Majeed and others in jail. The Federal Investigation Agency (FIA) prosecutor submitted to the court that Anwar Majeed, Abdul Ghani Majeed, Hussain Lowai and Taha Raza are imprisoned at Landhi Jail and individual interrogation of the accused is required in the money laundering case. The accused have been in jail custody since before the JIT’s formation, he said, asking for four days to be granted to record statements and interrogate the four accused. The lawyer for the accused argued that the accused have already been interrogated and after being sent to jail custody, permission for further interrogation cannot be granted. The court reserved its verdict on the matter and said that it would be announced today (Friday).

Separately, the banking court expressed its displeasure over FIA authorities not submitting reports and replies on time in various cases. The court remarked that this trend of FIA leaves the court paralysed. During the hearing of a case, a handicapped accused said that he was compelled to attend the hearing despite his disability and sought exemption from appearance. The FIA official was absent at that hearing. The court told the accused that he must pray for FIA officials who have left the court paralysed. Expressing his displeasure, the judge said that FIA representatives come only once or twice a week and even then they don’t submit replies.

Off the streets: Plan to rehabilitate street children