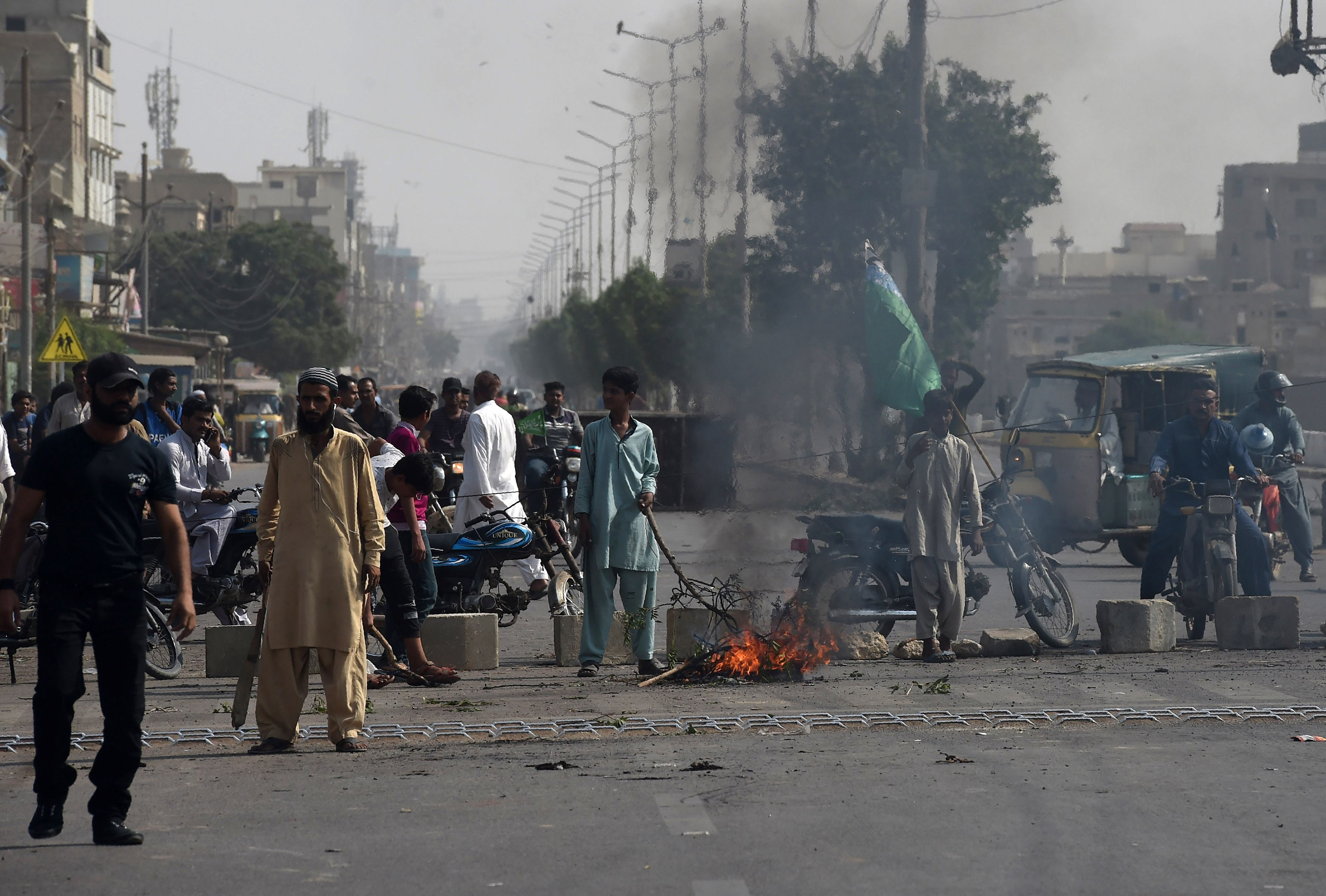 ISLAMABAD: The Punjab government has said it has incurred losses worth millions of rupees during the three-day protests staged across the country in response to the Supreme Court’s judgment in the Asia Bibi case.

A senior official of the Punjab government confirmed to The Express Tribune on Friday that an interim report, featuring estimated losses, had been submitted at the top court’s Lahore registry, adding that the government had requested the court to grant time for submission of a final report.

It is also learnt that the Punjab government has so far estimated losses worth Rs226 million in the province alone.

On November 6, Chief Justice of Pakistan (CJP) Mian Saqib Nisar took notice of the huge losses caused to the public property during the riots in the wake of the court judgment and directed compensation for those who lost their valuables during these incidents.

The CJP called for a report containing details of estimated loss from federal and provincial governments within three days.

Meanwhile, the apex court has also fixed hearing of the suo motu case on the 2017 Faizabad sit-in for November 16. The sit-in had disrupted life in Islamabad and Rawalpindi for nearly 20 days.

The two-judge bench comprising Justice Mushir Alam and Justice Qazi Faez Isa will resume the hearing, wherein the Election Commission of Pakistan (ECP) will submit a reply on whether it was empowered to register the Tehreek-e-Labbaik Pakistan (TLP) as a political party under the Political Parties Rules, 2002.

The bench has also asked the commission to submit the TLP application for registration as political party.

Since November last year, the same bench is taking strong exception to the federal government’s failure for not taking action against the leadership of protesters. Likewise, the bench also questioned the government’s November 27, 2017 agreement with the protesters.

“Those who claim to love Prophet Muhammad (peace be upon him) are using filthy language. Is this Islam? They have even abused judges including the CJP,” Justice Isa had remarked.

Later, the bench sought a report from the ISI, wherein it was stated that Khadim Hussain Rizvi, the TLP leader, is ‘financially corrupt’.

Meanwhile, the ISI in its fresh report has stated that competent agencies can reveal details about the tax filing and bank accounts of the sit-in leadership.

“TLYR [Tehreek-e-Labbaik Ya Rasul Allah] leaders’ speeches and the manner in which they acted are to be explained by them and they ought to be summoned to explain their conduct,” says the seven-page report.

The report also notes that dangerous law and order situation after the operation against the protesters played an important role in determining the terms of the November 27 agreement with the TLYR.

No leniency for those who broke law during TLP protests: Afridi

Meanwhile, Deputy Attorney General Sohail Mahmood had told the bench the state faced Rs146 million loss due to the Faizabad protests, but the case couldn’t be fixed for hearing since April 25, and the November 16 hearing holds major significance in view of the country’s prevailing situation.

Renowned lawyer Faisal Siddiqui believes Article 6 proceedings should be initiated against those involved in incitation against judges and the army chief after the Aasia Bibi verdict.

IHC serves notices on law and IT ministries