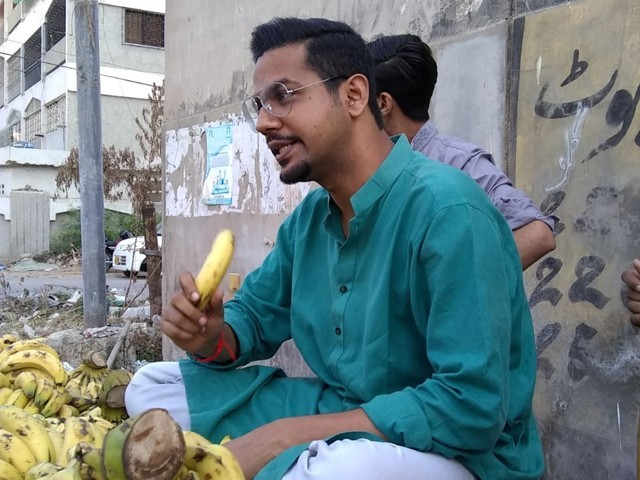 But memes, like love and government jobs, come with a price. And sometimes, the price is the integrity and writ of the state. This is exactly what happened last week when protests took over the country after Aasia Bibi’s acquittal from decade-old false blasphemy charges. The violent reaction resulted in a three-day shutdown all over Pakistan with blocked roads and a lot of property damage.

Ali Gul Pir’s latest music video Sab Ki Bajao is a satire on this recent political situation. He equates the protestors’ personal failure in life (a life with no degree, girlfriend, and only family pressure) to their hunger for bananas – because bananas are sweet and they aid digestion. This is truly the stuff of legends. Pir’s metaphor of personal frustration and banana is as philosophically deep as that of lover and beloved in Urdu poetry – where a protestor is an aashiq and the banana is the beloved. 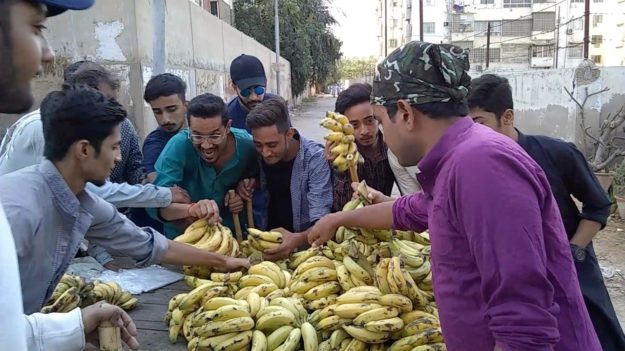 In his own words, the Waderai Ka Beta singer sounds humble in his poetic genius. “We have seen it happen again and again since we were young. Whenever there is a protest, people burn vehicles and block roads. Of course, now it has become less frequent,” he told The Express Tribune. “It’s a democratic country where everybody has a right to protest but I don’t understand the point in hurting other people, burning their means of livelihood and damaging their property.”

He said that the country is already facing crisis and when we destroy others’ assets, it doesn’t benefit anyone. “Why are people doing this? I think there is a lot of misplaced anger.” He clarified that he is not slamming any particular group but people as a whole. “I am not speaking against any religion. I’m only calling out damaging other’s property when you’re angry. And when you are doing satire, you use cultural and social references. I believe nobody should be off-limits.” 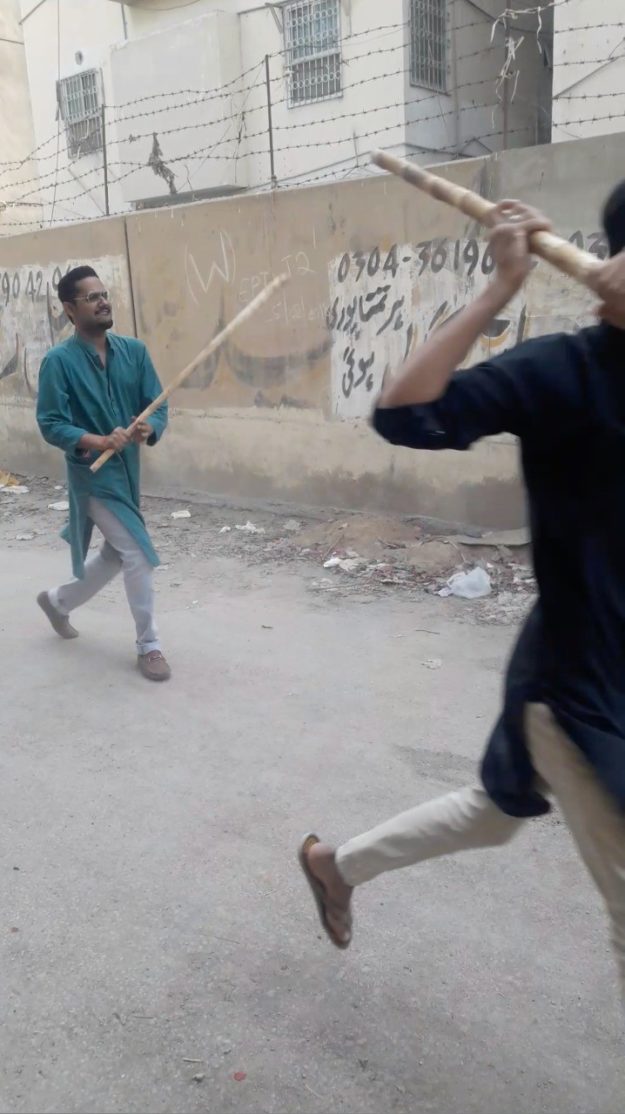 Therefore, with verses like “Dusre logon ko uksaun ga, gareeb ke kele kha jaunga (I will provoke others, I will steal the poor’s bread),” Pir directly tackles this ‘misplaced anger’ in Sab Ki Bajao. He also points out the hypocrisy of the situation. At the end of the video, protestors led by Pir are about to damage a car with sticks when he stops them. He tells them it’s his car and they should rather go destroy the other car “over there”. Thug life!

“The situation won’t get better unless we start talking about it. When you go to a therapist, you know that the first step to recovery is to start talking about it. The same method applies here,” he explained the idea behind the video. “Living in a developing country like Pakistan, you feel the despair. You also realise that it doesn’t matter that whatever you do, it won’t put a stop to the situation but you have got to continue doing it.”

‘Thugs of Hindostan’ review: Even Aamir Khan can’t save the sinking ship