Two teams of 18 medica­l staff were attend­ing to each girl
By AFP
Published: November 9, 2018
Tweet Email 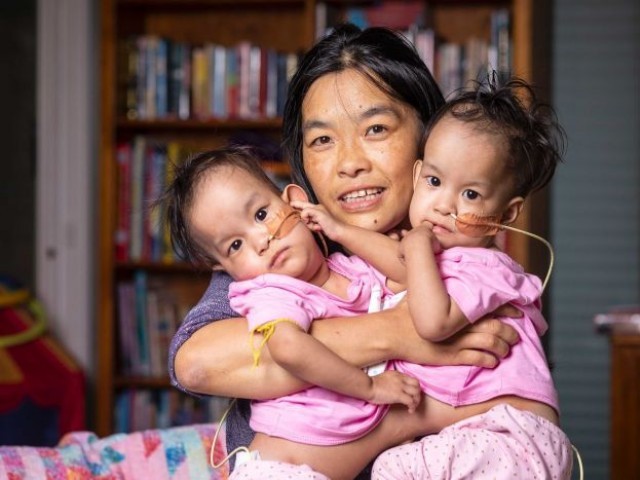 Nima and Dawa, and their mother Bhumchu Zangmo, arrived in Australia a month ago with the help of an Australian charity but doctors had delayed the surgery until Friday to ensure the twins were well-enough nourished to support the operation.

He said the operation was expected to last around six hours and would involve 18 medical staff divided into two teams, one for each girl.

The girls were known to share a liver, but could also share part of the bowel, which would complicate the surgery, Crameri said, but added that the chance for a successful operation was “looking very positive”.