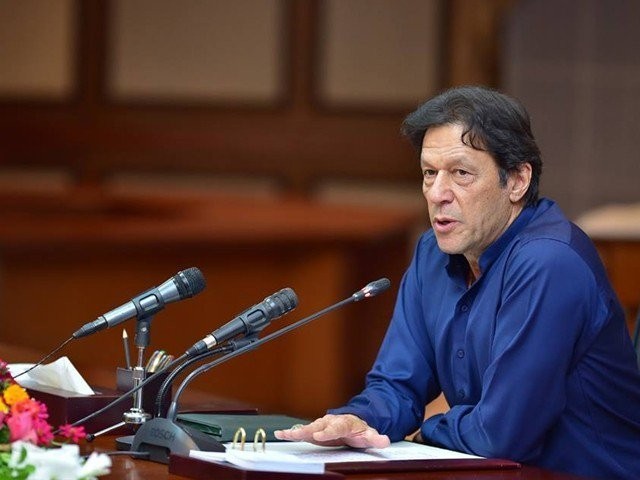 ISLAMABAD: The federal cabinet approved the treaty on swapping prisoners with England, Federal Minister for Information and Broadcasting Fawad Chaudhry said on Thursday.

Prime Minister Imran Khan took the cabinet into confidence over his recent visit to China and described it as “more successful than expected” and that the host country has “assured every kind of assistance to Pakistan”.

The minister, while briefing the media about the cabinet decisions, said the prime minister’s China visit was highly successful as several agreements and memorandums of understanding were signed between the two countries.

He said that following this visit Pakistan would be able to handle balance of payments issue.

The prime minister briefed the cabinet members about his visit to China and the agreements and memorandum of understandings signed between the two countries.

Giving details of the decisions of the cabinet, Fawad said that the cabinet approved revamping of the Evacuees Trust Property Board to improve its functioning and better utilisation of its properties.

He said that Ahmed Nawaz Sukhera had been appointed Secretary Investment Board, while the cabinet sanctioned issuance of license of Liberty Airlines.

He said a new board of the Securities and Exchange Commission of Pakistan would be constituted.

Fawad said that the cabinet decided that a committee comprising experts would be constituted to formulate policy on taxation to fulfill the longstanding demand of the business community.

He said the cabinet approved the appointment of Riaz Memon as new chairman of the Trading Corporation of Pakistan.

The cabinet also approved treaties pertaining to the exchange of prisoners with England, he said.

Replying to media questions he said that the opposition wanted that the government should not pursue corruption cases against its leaders, but no such concession would be given to them.

He said it was unfortunate that in the past, government and opposition had collusion and they looted and plundered the country turn by turn.

On the issue of the appointment of the Public Accounts Committee (PAC) chairman, he said the deadlock still persists as the PML-N demand to appoint Shehbaz Sharif its head to hold audit of the tenure of his brother Nawaz Sharif was illogical.

He said the PTI had the stance that for the audit of the projects of Sharif’s tenure, a Pakistan Tehreek-e-Insaf member should be made the chairman, and for the projects initiated by the PTI, Shehbaz could be named as its head.

The minister a review petition was pending in the Supreme Court in the Aasia Bibi case and the apex court is the competent authority to take a decision on this legal and constitutional matter.

About the change in the National Accountability Bureau laws, he said a task force was working under Law Minister Dr Farogh Naseem and it would soon present its proposals.

Meanwhile, Prime Minister Imran Khan said that China has barred the government from disclosing the amount of financial assistance given in the aid package owing to the concerns from Beijing’s regional partners, Express News reported.

When asked during a Pakistan Tehreek-e-Insaf (PTI) party meeting in Islamabad on Thursday, the premier said that China has given an aid package like never before, adding that, Beijing does not want the exact figure of the aid to be disclosed.

Talking about the Tehreek-e-Labbaik Pakistan (TLP)-led protests against the acquittal of Aasia Bibi, the prime minister said the government had to tread the issue carefully because of the sensitivity of the matter.

He added that the protesters had been paid to take part in the sit-ins.

The prime minister went on to say that if the protests had not ended, it would have left the country ungovernable.

Imran said that after coming into power, he has come to know of the scale of corruption committed under the Pakistan Muslim League-Nawaz (PML-N) tenure.

Now the media reports of their corruption pale in comparison to the actual figures, he added.

The government, the premier said, would not allow plunderers of the public wealth to be spared.