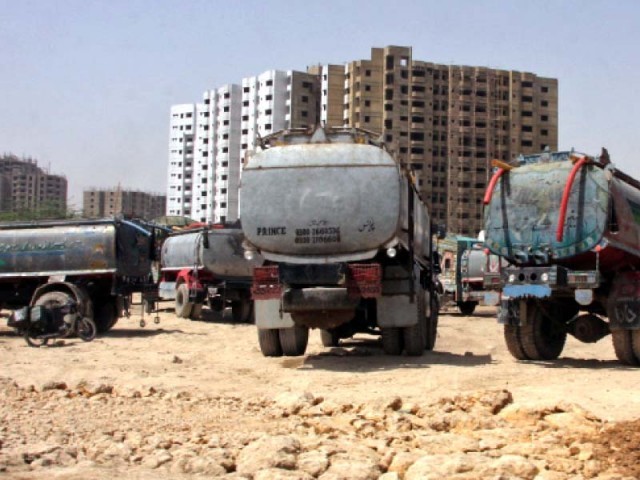 KARACHI: The head of the Supreme Court-mandated Judicial Commission on Water and Sanitation, Justice (retd) Amir Hani Muslim, on Wednesday directed the Sindh Building Control Authority’s (SBCA) chief to present the job profile of the regional director involved in the commercialisation of residential plots in Latifabad. Justice (retd) Muslim also asked how this official has enjoyed the posting at Latifabad for the past eight years, adding that the officials involved in the commercialisation of residential plots will have to face the consequences.

On the issue of commercialisation of residential plots in Latifabad, Justice (retd) Muslim asked, “This land belongs to the government, who gave permission for this?” He asked the Hyderabad mayor to explain his position. The mayor said that he had not given any such permission from the time he assumed office. The director-general of SBCA said that the permission was granted by the director of land and a letter was available in this regard.

On a question about the law that allowed change of status for the residential plots, the mayor of Hyderabad said that since the formation of SBCA, all operations were being performed from Karachi.

As area residents complained that work was still being carried out, the commission said that they can verify this by sending a magistrate.

Referring to the performance of the Hyderabad regional director, Justice (retd) Muslim said that the matter will also be forwarded to Sindh High Court and contempt proceeding would be initiated against him. The commission asked the SBCA director general whether he had any idea about the repercussions. The SBCA regional director said that he was sorry. The commission head however told him that the apology was of no use and this is a grave matter.

The commission also took up the issue of water shortage in Defence Housing Authority (DHA). Justice (retd) Muslim told DHA officials, that people were not getting water and the officials had no regard for the citizens’ sufferings. An officer of DHA said that Karachi would have an increased supply of water after the completion of new projects. On this the commission remarked, “You are mistaken, the increase in water will not be sufficient to accommodate everyone.” The managing director of the Karachi Water and Sewerage Board (KWSB) said that for the past 40 years it was being claimed that 550 million gallons of water was being supplied to Karachi but now that meters have been installed it has been revealed that Karachi is not getting the stated supply.

The commission also came down hard on the Clifton Cantonment Board (CCB) officials over the issue of water shortage. Justice (retd) Muslim said that the CCB was responsible to ensure regular supply of water to Clifton residents. The DHA official said that they get only four to five millions of gallons per day (MGD) of water which is inadequate to meet the demand. The commission directed KWSB to add one MGD more to the DHA quota. Justice (retd) Muslim ordered KWSB and CCB to collaborate and resolve the water supply issue within two weeks.

The commission also discussed the issue of installation of six RO plants in water scarce Tharparkar. Justice (retd) Muslim said that people were suffering for want of water while the officials were enjoying life. The director-general of the Thar Coal project said that it was due to the budget problems that work on water supply could not be completed. The commission directed the authorities to resolve the matter in two days and present a report.