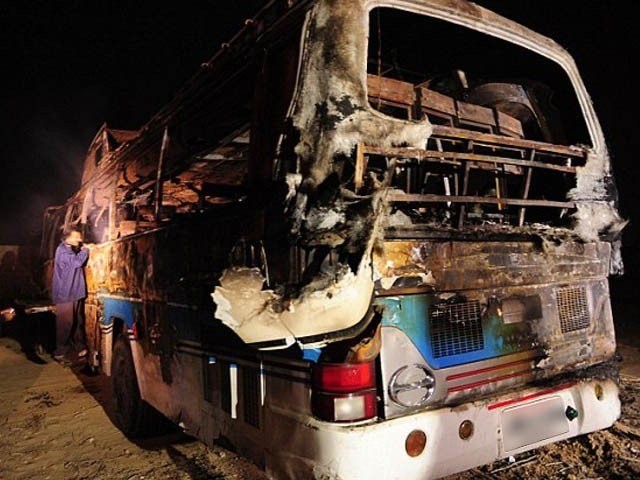 A file photo of a derelict bus. PHOTO: EXPRESS/FILE

At least five people have been killed with 10 others sustaining serious injuries after a passenger bus collided with an oil tanker on the Super Highway late Thursday night, Express News reported.

Authorities shifted the wounded to the Abbasi Shaheed Hospital with doctors saying that their condition is critical.

Earlier on October 28, 17 people had also been killed when a bus fell into a ravine on the Karakoram Highway.

DC Kohistan Hamidur Rehman had said that a passenger coach was en-route to the garrison city of Rawalpindi from Gilgit-Baltistan’s Ghazr area when it had plunged from high depth mountainous terrains of Karakoram Highway into the Indus River.

The van had 18 people on board – only one woman miraculously survived the accident.

The district administration, police and rescue teams arranged cranes to lift the bodies and move them to a hospital. Rescue workers faced difficulty in reaching the scene of the accident owing to the terrain and darkness. The incident took place within the Lotar Police Station.