B2C side growin­g with increa­sed intern­et use; large-scale invest­ment is under way in B2B
By Usman Hanif
Published: October 28, 2018
Tweet Email 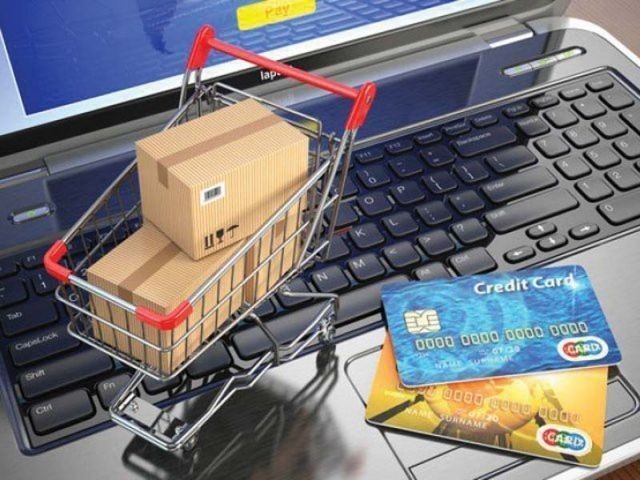 B2C side growing with increased internet use; large-scale investment is under way in B2B. PHOTO: FILE

KARACHI: Pakistan’s e-commerce market almost doubled in fiscal year 2017-18 as digitalisation paved the way for the services sector to increase its contribution to the gross domestic product (GDP) from 52% to 60%, according to the State Bank of Pakistan (SBP).

E-commerce is booming in the country due to relatively larger penetration of internet, which is further making it easier to do business by lowering the cost of transaction. The business-to-consumer (B2C) side of e-commerce is growing rapidly whereas large-scale investment in the business-to-business (B2B) category is under way.

Sales of local and international e-commerce merchants reached Rs40.1 billion in FY18 compared with Rs20.7 billion in FY17, an encouraging growth of 93.7%.

However, the data only covers transactions made via digital channels such as credit/debit card, interbank funds transfer (IBFT), prepaid cards and mobile wallets, stated the SBP in its annual report for FY18.

Market estimates put the share of postpaid cash-on-delivery (COD) settlements at around 80-90% of the total volume and about 60% of the total value of e-commerce in Pakistan. It suggests that the total e-commerce activity in FY17 and FY18 may have touched Rs51.8 billion and Rs99.3 billion respectively, the report added.

Digitalisation of services is helping businessmen set up easier business systems. For example, a conventional exchange would involve multiple agents such as producers, transporters, wholesalers, retailers and consumers whereas e-commerce allows the possibility to bypass the middle parties, thereby allowing direct dealing between buyers and suppliers – a disintermediation of the process.

In Pakistan, leading producers of apparel, smartphone, food and electronics industries now have a one-to-many online “e-retailing” channel in place.

The country has got 152 million cellular subscribers, almost 73% of the total population of 207 million, out of which 59 million are 3G/4G subscribers with total internet subscribers at 62 million.

Although there are lots of challenges that hinder the internet speed, the country has got a great potential to boost its online economy.

The major reason behind cash on delivery (COD) of up to 90% is that online platforms have not yet succeeded in building trust among customers.

Longer delivery times are also often cited as a major deterrent to the wider adoptability of the e-commerce channel. Delivery times are usually affected when either a third-party logistics partner fails to deliver on time or the inventory management system of sellers proves inadequate to fulfill the flexible needs of the electronic channel, stated the SBP report.

Despite its challenges, the e-commerce is growing in the country from a macroeconomic perspective. This notion is supported by some gains that have already been made as well as estimates of future potential.

“According to a McKinsey Global Institute (MGI) report, Pakistan can experience an increase in its GDP by a cumulative seven percentage points (roughly $36 billion) and create around four million new jobs during 2016-2025 via an increase in the use of digital financial services (DFS) alone,” the report added.